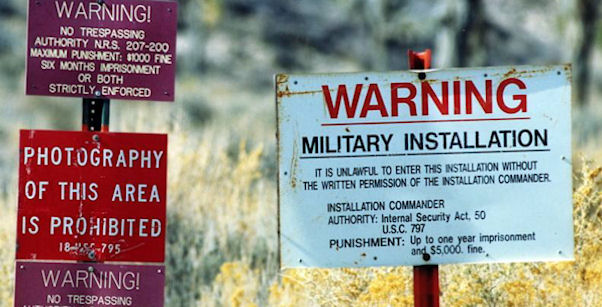 We told you way back in November 2011 that Gale Anne Hurd, executive producer of AMC’s The Walking Dead, was developing a series about Area 51, based on the book Area 51: An Uncensored History of America’s Top Secret Military Base by Annie Jacobsen which had been optioned by Hurd’s Valhalla Entertainment.

THR has now confirmed that AMC, the same network that is home to The Walking Dead, has put the Area 51 series into its development pipeline, joining another series by another executive producer of The Walking Dead, Robert Kirkman‘s Thief of Thieves.

Todd E. Kessler (The Good Wife) is on board to write the script, while author Jacobsen will be a co-producer; Hurd will act as executive producer. The project will be produced by Hurd’s Valhalla Entertainment, with AMC Studios.

The series is said to be set at the military installation in the 1950s-1960s and will focus on those who work at the base. Oh, and the remains of the alleged alien crash at Roswell.

We will obviously keep you posted.