A Few Updates on Bad Robot and Alfonso Cuaron’s BELIEVE 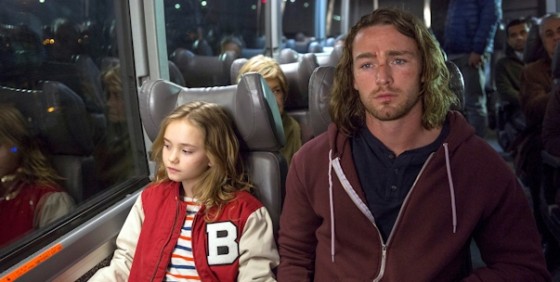 We’ve been telling you about the TV series Believe, written and directed by Alfonso Cuarón and produced by J.J. Abrams and his Bad Robot, since last September, rejoiced when NBC announced its pickup to series in early May, and shared the synopsis NBC released during the Upfronts.

Now we have a bit more to share. The most recent news is that Sienna Guillory (Resident Evil), who plays hitwoman Moore in pilot/first episode, will not be appearing in subsequent episodes of the midseason series. According to THR, the part was meant to be a recurring character, but it’s apparently been decided that the series will take on more of an assassin-of-the-week format instead of a single megavillain.

Next, the Believe writers room has opened a Vine account:

We had a special visitor in the writers’ offices today! The wonderful @johnny_actress! pic.twitter.com/eEHPna6wey — Believe Writers Room (@BelieveRoom) June 21, 2013

Yes, their special visitor was the star of the show, Johnny Sequoya. Not only is it good news that the writers room is working, and tweeting, but they’re helping us nail down a premiere date for the series. NBC announced last month that Believe would be premiering some time after the Winter Olympics (that’s in February) in the Sunday at 9/8c timeslot; according to the writers room’s Twitter account, more specifically it will be premiering in March. Though we hate waiting, at least we know which month to be looking forward to.

Finally, as we told you in March, Kyle MacLachlan will be appearing in the show; he replied to a recent tweet by the show’s official account by providing his personal view on his character:

Here’s a reminder of what the show is about:

“BELIEVE”
Levitation, telekinesis, the ability to control nature and even predict the future… Since she was 2 years old, Bo (Johnny Sequoyah) has had gifts she could neither fully understand, nor control. Raised by a small group known as the “True Believers,” the orphaned girl has been safeguarded from harmful outsiders who would use her forces for personal gain. But now that she is 10, her powers have become stronger and the threat has grown more dangerous. With her life and future now in jeopardy, the “Believers” turn to the only person they see fit to be her full-time protector. That is, once they break him out of jail. Tate (Jake McLaughlin), a wrongfully imprisoned death row inmate who’s lost his will, is initially reluctant until he witnesses one of her extraordinary abilities. Bo sees people for who they truly are… and who they may become. Tate and Bo begin their journey, one in which trust must be earned. Traveling from city to city, every place they stop and everyone they meet will be changed forever. But they’ll have to keep going to stay one step ahead of the sinister forces after Bo’s power… because it will take a miracle to keep them safe forever. “Believe” also stars Delroy Lindo and Kyle MacLachlan.

We’ll be keeping an eye on all of it, and we’ll keep you posted.