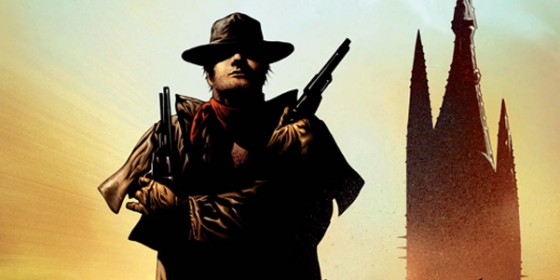 Warner Bros. Pictures is on the road to adapting Stephen King’s epic post-apocalyptic Western, The Dark Tower, and last we heard earlier this spring Javier Barden (Biutiful, No Country for Old Men) was still attached to star as gunslinger Roland Deschain from the project’s previous incarnation at Universal Pictures. The project is reportedly still in development, but with a significant change. 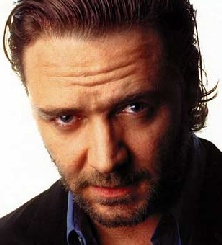 Deadline reports that the studio will be receiving a script from Akiva Goldsman (Fringe, I Am Legend) and that within two weeks, the studio will be assessing whether or not to green light one of the most ambitious adaptations with a notable change. Barden will not be Deschain. The studio will be considering the project with Russell Crowe (Man of Steel, Gladiator) to star. While there is no deal in place with Crowe at the moment, word is that director Ron Howard and producers Brian Grazer and Akiva Goldsman have been in contact with Crowe about the role.

King’s eight-volume book will be tackled in three feature films and two limited run television series. Howard is attached to direct at least the first of the trilogy of films. HBO may be taking the reins on the television installment of this adaptation.

Set in a world of ominous landscape and macabre menace, The Dark Tower features one of Stephen King’s most powerful creations—The Gunslinger, a haunting figure who embodies the qualities of the lone hero through the ages, from ancient myth to frontier Western legend. As Roland crosses a desert of damnation in a macabre world that is a twisted image of our own, he moves ever closer to the Dark Tower of his dreams—and nightmares.

No official release date has been announced for The Dark Tower.