This week we’ll be covering Cops and Monsters. 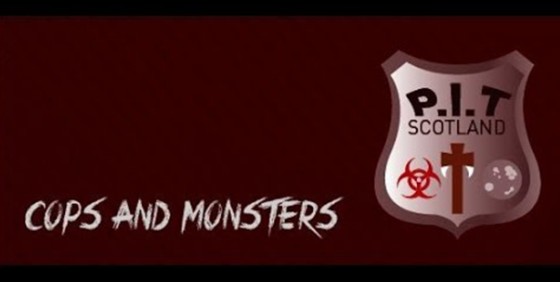 Cops and Monsters imagines a world where zombies, vampires and werewolves not only exist but are known and have to try to follow the rules of the world just like us mere mortals. And we’re seeing things from the perspective of the police force, specifically a force from Scotland (YAY for that Scottish accent). It’s sort of along the same vein as True Blood. Here’s the synopsis from the first episode.

Cops and Monsters S1 E0.5
Eve Mitchell (Kirsty Strain) and Jack Stone (Mark Harvey) take in Vampire C56 (Sarah Louise-Madison) over an infraction of her zone privileges, but it’s not long before their true intentions for her incarceration is revealed…

“Cops and Monsters” is a brand new supernatural web-series from Silly Wee Films. Written by Fraser Coull and produced by Emer O’Donovan.

The minisode is intended as a launch for a full 6 part series which we intend to shoot in Summer 2014.

I really don’t like to pass judgment on a web series until the third episode. I think all shows deserve at least that, and this is supposed to be a half episode (this Episode 0.5 is all that is available as of writing this post) that leads to 6 full episodes. Unofficially this web series launches at a Three out of Five Star rating, but I think it has potential and will enjoy following it and intend on covering it again in an update post. Here’s the teaser trailer, followed by the first episode.

You can check out videos for Cops and Monsters including lots of behind the scenes looks on their YouTube.