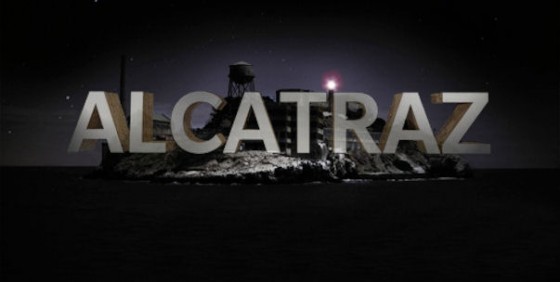 While we wait, how about checking out the synopsis and very creepy trailer for tonight’s new episode of Alcatraz STARTING AT EIGHT O’CLOCK. That’s right, folks, we’re getting two Alcatrazes (Alcatrai?) tonight, but not because of the delay; they had always planned on showing two episodes tonight. The episode from last week has been rescheduled to next week.

BROTHERS ONCE BEHIND BARS AND A VIOLENT CRIMINAL REAPPEAR

ON AN ALL-NEW SPECIAL TWO-HOUR “ALCATRAZ”

In back-to-back all-new episodes, two of Alcatraz’s most violent brothers, Herman (guest star Travis Aaron Wade) and Pinky (guest star Graham Shiels) Ames, who were notorious for nearly escaping in 1963, find something mysteriously amiss when they return to Alcatraz in the present day. In the second installment, Sonny Burnett (guest star Theo Rossi), a man with an incredible dark side who became ultra-violent during his stint at Alcatraz, returns in an all-new special two-hour “The Ames Bros./Sonny Burnett” episode of ALCATRAZ airing Monday, March 5 (8:00-10:00 PM ET/PT) on FOX. (ALC-109/10) (TV-14 L, V)