Warehouse 13: We Talk With Eddie McClintock, Plus a Clip and Pics From Tonight’s Season Finale 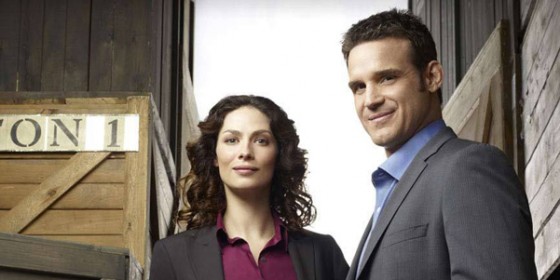 Bummer! Tonight is the last finale of the Syfy summer series. But yay! it’s a TWO HOUR season finale tonight for Warehouse 13! Yay again, there will be a Christmas episode, and Yay a third time, Warehouse 13 will definitely be back for a Season 4.

We were fortunate enough to talk with star Eddie McClintock last week about his thoughts on the show, and his future work with Syfy and elsewhere.

SciFi Mafia: Hi Eddie, how are you today?

Eddie McClintock: Hi, good how are you?

SciFi Mafia: Good, thanks. I’m a big fan of the show, big fan of your work. Thank you so much and congrats on the renewal. We were all very excited when that came out.

Eddie McClintock: Thanks, me too- so was my accountant.

SciFi Mafia: Now that you’ve had three season how are you feeling about sci-fi in general, do you like working in it as a genre?

Eddie McClintock: Well I’m going down to Florida next week and I’m going to see Gary Morganstein who’s our Syfy rep here on the conference call today. And I’m flying down there with my family and we’re all going to go to Harry Potter World and ride on the rides after the park is closed down. And they’re putting me up and paying for me. And so it’s that kind of treatment from the network in a financial time – the economy is bad, but they still find it in their budget to treat to their employees well.

And that’s my impression. I mean I know all the top execs at the network and they’re all really great people. And so I couldn’t be happier.

I mean, the fact that they’ve renewed the show for a fourth year and have given me an opportunity to send my kid to a private school here in LA has been a blessing, because if I sent him to public school he would come home with a teardrop tattoo and so, not looking to forward to that. So it’s been amazing, yes.

SciFi Mafia: And do you have plans to do any other work with Syfy, like any you know, original movies or anything like that?

Eddie McClintock: Well strange that you would ask, but yes. I actually flew to Bulgaria last year during the dead of winter.

And I mean, Bulgaria is – lovely people there, but I mean literally when, when the Soviet Union broke down and Communism kind of fell, there was a mad dash for all the resources and the organized, the people that were the most well organized and that being the criminal element, they goggled up all the resources and all the wealth in Bulgaria.

And so literally, the place is – if you pull the thread the whole place is going to fall. It’s really a depressed place. But – excuse me, I went there and shot a Syfy feature that should be coming out anytime. I mean this was about a year ago, so.

Gary Morganstein: It’ll be coming out next year Eddie.

Eddie McClintock: The movie is coming out next year?

Eddie McClintock: Okay. So there you go. And it’s not Mansquito II or it’s not Alligatoropus, since they were trying to think of – you know, shark – they did Sharktopus so they’re thinking Alligatoropus, but they thought they couldn’t get that past Standards and Practices because…

So it’s called the Boogey Man, and it’s fun. You know, Bruce Campbell and Sam Raimi did these movies, the Evil Dead movies, they were favorites growing up and still are.

Eddie McClintock: I also just finished a movie up in Canada. I was back up in Canada just above Montreal, a place called Loch Sainte-Marie which is beautiful, but there’s just absolutely nothing out there.

And this movie it’s called A Fish Story, and it is a straight up drama. I mean there are nice family moments, but there aren’t many if any comedic moments. It’s just not that type of a movie.

Again, I didn’t want to just have the movie be a downer, so there are parts that I tried to keep light. But, if anyone in the States gets to see this movie I think they’ll see a completely different side of my acting strategy.

And it was great, great fun and I met a lot of great people. And I think it’s going to be a pretty good movie. It certainly has a lot of heart. So hopefully you’ll be able to check it out.

SciFi Mafia: Great, I’m looking forward to keeping an eye for it. Thanks so much for talking to us today.

Eddie McClintock: Well thank you for the interest and thanks for being a fan.

We also love what he told Sci-Fi Bulletin about his character, Pete:

SciFi Bulletin: What sort of changes would like to happen to Pete? Not necessarily for just one episode or for a whole season, but you know, for an arc of, you know, three or four?

Eddie McClintock: I want Pete to change just as we humans just in real life as we change, we grow, but any drastic changes, I love what they’ve done with the character.

I love the fact that Pete can be insanely childish and silly sometimes. And he loves that about himself. And then he also is incredibly brave and strong and loyal and loving.

I know some fans, I’ve read that some fans think Pete is stupid and – or a goof and that always kind of has hit me the wrong way, because I just think Pete is putting on. He’s just having fun.

I mean I think people love Pete or hate Pete because people who want to see, “Hey he’s supposed to be a Secret Service Agent so he should be more serious.” And that will never be my character — I hope.

But I would never go to the writers and ask them to do anything differently in regards to the character. I would just say, “Please continue to make me all the things that you’ve made him so far.”

And a snag-grab-and-tag-full of pics from tonight’s finale: 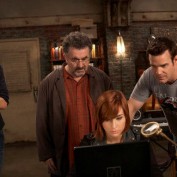 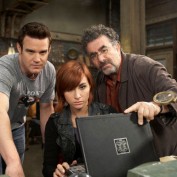 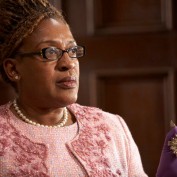 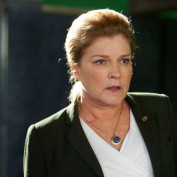 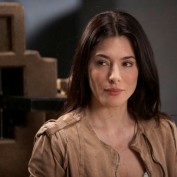 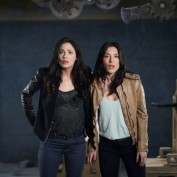 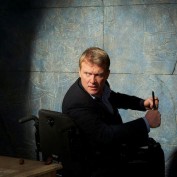 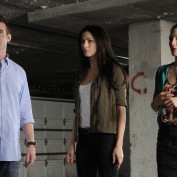 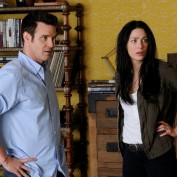 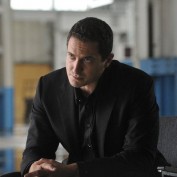 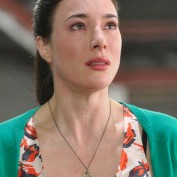 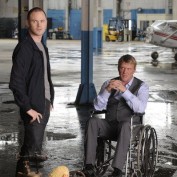 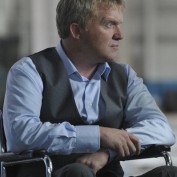