WARCRAFT, JURASSIC WORLD and More to Get IMAX Treatment Per New Agreement 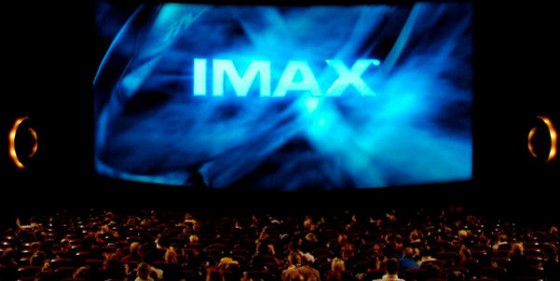 I know not everyone is a fan of the gigantic and near-overwhelming experience of seeing a movie in IMAX, but I adore it. Most of the movies I see are just that much better when my eyes are popping out of their sockets trying to soak it all in, with the accompanying sound system that makes my chest cavity vibrate. I always say it’s like being on an amusement park ride that lasts two hours. The best.

Happily, IMAX today announced that, in a new multi-picture agreement with Legendary Entertainment and Universal Pictures, many of the movies I was planning on seeing anyway, including Warcraft and Jurassic World, will now be in my favorite format. Start saving your money, kids, the IMAX do cost a bit extra.

Agreement is for IMAX to Release up to 15 of the Studios’ Blockbuster Titles Through 2017, Including Fast & Furious 7, Jurassic World and Warcraft

LOS ANGELES, June 5, 2014 /PRNewswire/ — IMAX Corporation (NYSE: IMAX; TSX: IMX), Legendary Entertainment and Universal Pictures, a division of Comcast Corp. (NASDAQ: CMCSA), today announced an agreement to release up to 15 of the studios’ upcoming films in IMAX® theatres through 2017 under an extension of the companies’ long-running relationships.

“Rich, Greg and IMAX have been important partners for a long time. The IMAX platform has performed over and over again for Legendary, and through this deal we will continue to deliver an unparalleled filmed entertainment experience, as well as showcase the work of our directors in a way that resonates with audiences around the world,” said Thomas Tull, Legendary‘s Chairman and CEO. “We are also pleased that our partners at Universal recognize the value of an IMAX release, and have joined us to formalize this long-standing relationship.”

“Universal and our partners at Legendary are committed to the tent pole business and this deal ensures audiences will experience our films in the unparalleled environment of an IMAX theater,” said Universal Filmed Entertainment Chairman Jeff Shell. “For many years now, our fans have been able to see Universal films on IMAX and we are thrilled that we will be able to make this offering on so many of our upcoming titles.”

“We believe 2015 is shaping up to be a powerhouse year and today’s agreement with Universal and Legendary will help further strengthen our film portfolio for years to come,” said IMAX CEO Richard L. Gelfond. “This marks our first multi-picture deal with both studios, with which we’ve had longstanding partnerships, and we look forward to continuing that collaboration to bring some of the most highly anticipated product to IMAX fans around the world.”

“Universal and Legendary have stepped up in a big way and are committed to delivering some of the most sought-after tentpole films that demand the IMAX treatment,” said Greg Foster, Senior Executive Vice President of IMAX Corp. and CEO of IMAX Entertainment. “Today’s announcement is a testament to the success we’ve been able to achieve together and I would like to thank our friends at Universal and Legendary, particularly longtime supporter and partner Thomas Tull, for their support of The IMAX Experience® and delivering action-packed, engaging films that clearly resonate with our core audience.”

About Legendary Entertainment
Legendary Entertainment is a leading media company with film (Legendary Pictures), television and digital (Legendary Television and Digital Media) and comics (Legendary Comics) divisions dedicated to owning, producing and delivering content to mainstream audiences with a targeted focus on the powerful fandom demographic. Through complete or joint ownership, Legendary has built a library of marquee media properties and has established itself as a trusted brand which consistently delivers high-quality, commercial entertainment including some of the world’s most popular intellectual property. In aggregate, Legendary Pictures-associated productions have realized grosses of more than $9 billion worldwide at the box office. To learn more visit: www.legendary.com

About IMAX Corporation
IMAX, an innovator in entertainment technology, combines proprietary software, architecture and equipment to create experiences that take you beyond the edge of your seat to a world you’ve never imagined. Top filmmakers and studios are utilizing IMAX theatres to connect with audiences in extraordinary ways, and, as such, IMAX’s network is among the most important and successful theatrical distribution platforms for major event films around the globe.

IMAX is headquartered in New York, Toronto and Los Angeles, with offices in London, Tokyo, Shanghai and Beijing. As of March 31, 2014, there were 840 IMAX theatres (707 commercial multiplexes, 18 commercial destinations and 115 institutions) in 57 countries.

IMAX®, IMAX® 3D, IMAX DMR®, Experience It In IMAX®, An IMAX 3D Experience®, The IMAX Experience® and IMAX Is Believing® are trademarks of IMAX Corporation. More information about the Company can be found at www.imax.com. You may also connect with IMAX on Facebook (www.facebook.com/imax), Twitter (www.twitter.com/imax) and YouTube (www.youtube.com/imaxmovies).