War Between New Krypton And Earth Will Last 100 Minutes 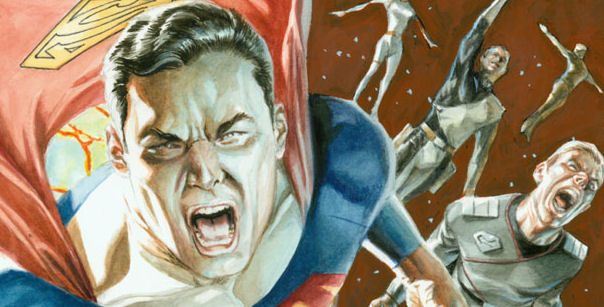 DC has released further details of its forthcoming War of the Supermen miniseries. The series will consist of four issues that are set over a time-frame of 100 minutes. All four issues are written by Sterling Gates (Supergirl) and James Robinson (Starman), and will be released in May.

“The number of mocking ‘Wouldn’t a world of supermen defeat Earth in five minutes?’ questions I’ve been assaulted with have undone years of therapy. Now, thank Freud, the time for secrets is over, as the two sides are finally going to war!

Each issue will represent 25 minutes of the war, with Free Comic Book Day’s War of the Supermen #0 acting as a prologue to the event.