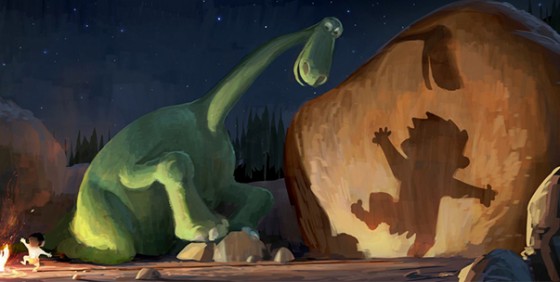 Pixar’s Good Dinosaur poses the question, what if the dinosaurs hadn’t been wiped out? What if they had survived and kept on evolving? Disney showed off their concept art (above) and introduced the voices of their characters, the farming dinosaurs. 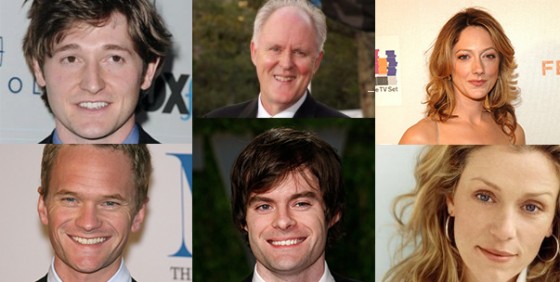 Good Dinosaur is directed by Bob Peterson (co-director of UP).

According to Inside the Magic, Good Dinosaur will feature the voices of (from left to right, top row first) Lucas Neff (Raising Hope) as Arlo the main character, John Lithgow (Rise of the Planet of the Apes) as Poppa, Judy Greer (Carrie) as Ivy, Neil Patrick Harris (How I Met Your Mother, Dr Horrible’s Sing-Along Blog) as Cliff, Bill Hader (Monsters University) and Frances McDormand (Transformers: Dark of the Moon) as Momma. A clip of them was shown all plowing crops on their farm.