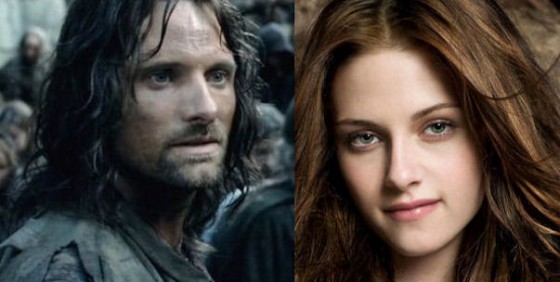 Back in October that director Rupert Sanders (The Low Dweller) was set to helm Universal Pictures‘ forthcoming take on the fairy tale, Snow White. The film is entitled Snow White and the Huntsman, and was written by Evan Daugherty (Rusty Forkblade, Shrapnel). In December, we reported that Charlize Theron (Young Adult, Mad Max: Fury Road) was in negotiations to play the Evil Queen in Universal’s film.

Despite previous statements that the studio was looking for a fresh face to play Snow White, THR reports that Kristen Stewart (The Twilight Saga: Breaking Dawn) has joined the list of actresses that the studio is interested in for the female lead, along with the aforementioned Riley Keough, as well as Felicity Jones (Like Crazy), Alicia Vikander (Beloved) and Emily Browning (Sucker Punch), who reportedly tested for the role last weekend.

Charlize Theron is reportedly still in negotiations to play the Evil Queen in the film.

Snow White and the Huntsman is slated to hit theaters on December 21st, 2012.