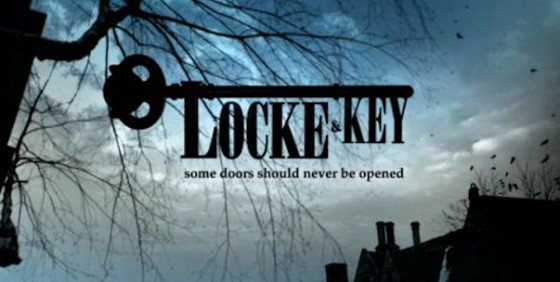 When you can’t have a television show the next best thing is surely a movie, right? We were privileged to witness what most of us though would have been an excellent TV show when Fox previewed Locke & Key at Comic Con in 2011 and we were a little devastated when Fox passed on the show. In case you’re unfamiliar with this rollercoaster. Here’s the synopsis and trailer to refresh you.

Locke & Key follows Nina and her three children, Tyler, Kinsey, and Bode who survive an unspeakable horror and attempt to rebuild their lives at Keyhouse, their family home in Lovecraft, Massachusetts. It is a mysterious New England mansion, with fantastic and transformative keys hidden inside its walls that are also being sought by a hate-filled and relentless creature with ties to the Locke family’s past who will stop at nothing to accomplish his sinister goals. At Keyhouse, the Lockes discover all sorts of supernatural abnormalities in the mansion, including doors that lead into different worlds and grant the kids with special powers.


Amazing, right? Well at least now it seems we’ll get a movie out of the deal, according to THR. Locke & Key is based on the Joe Hill (son of Stephen King) and Gabriel Rodriguez comic series, and Universal sub-company K/O Paper Products along with producers Alex Kurtzman, Roberto Orci and Bobby Cohen are looking to make this feature film a reality. Keep your fingers crossed!

We’ll keep you posted on the latest for Locke & Key.