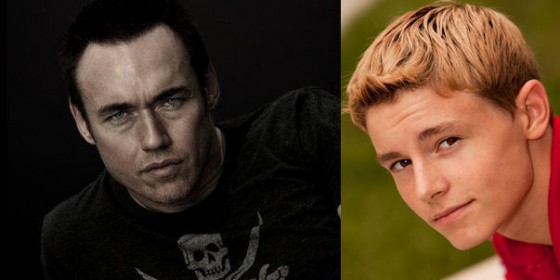 According to FilmDrunk, Durand will play “The Commander”, a character who leads the Mogadorians to chase Number Four (Alex Pettyfer) and his fellow aliens to Earth and McAuliffe will play “Sam”, Number Four’s best friend.

I Am Number Four is an adaptation of the upcoming young-adult science fiction book by James Frey and Jobie Hughes which revolves around a group of nine aliens who escaped their home planet just before it was annihilated by a rival species. Hiding out on Earth, Number Four disguises himself as a human high schooler, only to discover he’s still being hunted by his planet’s enemy.

I Am Number Four is scheduled to begin principal photography next month in Pittsburgh and is slated to hit theaters on February 18th, 2011.