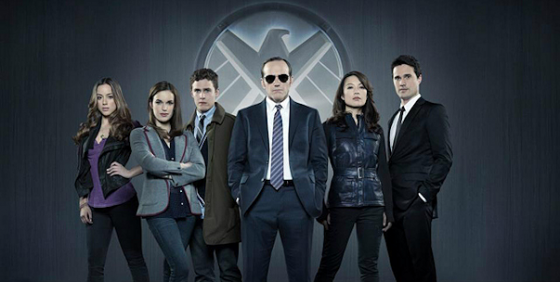 We told you earlier this week that Jaimie Alexander will be appearing on Marvel’s Agents of S.H.I.E.L.D. this season, reprising her role as Sif from the Thor movies, but not much else was known. Marvel has now confirmed who she’ll be coming up against, and it will not be an Earth local, but another Asgardian.

Deadline reports that, at the Television Critics Association set visit to AoS yesterday, Marvel‘s Jeph Loeb announced that Lady Sif will be duking it out against Lorelei (played by Elene Satine), who first appeared in Thor #337 and was in league, sort of, with Loki. Go to Marvel.com‘s Marvel Universe Wiki to get the details. The TCA actually got to see some footage of Sif and Lorelei “facing off,” hopefully meaning some epic fight scene is coming our way.

But that’s not the only announcement coming from the presentation. Beyond confirming what we’ve already reported (Bill Paxton will be joining the series for “several episodes” playing Agent John Garret, and that Stan Lee will be appearing in an episode, although Deadline calls it a cameo and we have seen reports that say otherwise), a spoiler about a character we’ve already met has been released upon the land. Go no further if you want to be spared.

Okay, you’ve been warned. Deathlok is coming to AoS. And he will be played by… J August Richards. That’s right, trying-to-be-good guy, sweet Dad, recently resuscitated Mike Peterson will become the cyborg known as Deathlok. Bummer. I mean, cool, of course, but bummer. “We’ve been leaving breadcrumbs along the way,” Loeb said. “This is a major Marvel character appearing on TV, on film for the first time.”