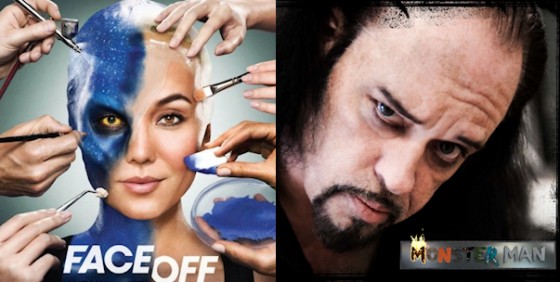 It’s a big Wednesday night on Syfy tonight as we get both the Season 2 finale of Face Off and the series premiere of Monster Man. Fourteen set out to win Face Off‘s Season 2 ultimate prize, and now we’re down to the final three, with the winner announced tonight.

That finale will be followed by the series premiere of Monster Man at a special time. We’ll be watching as Cleve Hall and his team from SOTA FX take us through the process of creating some excellent monster characters. Check out the TV spots for each:

The Face Off Season 2 Finale airs tonight at 10/9c on Syfy.

The Monster Man Series Premiere airs tonight at 11/10c tonight, and on March 21 oozes creepily into its regular timeslot of Wednesdays at 10/9 on Syfy.