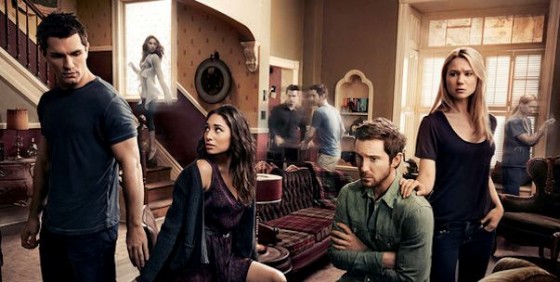 Some networks are basically shutting down operations, at least as far as new content goes, during the Olympics. Go figure. Given that, at least here in the west, Olympics coverage seems to be a minimum of 12 hours old, it’s not like the results are a surprise. Happily, Fox is still showing a new Almost Human tonight, and Syfy is airing new eps of its great Monday lineup.

For a sneak peek at what’s ahead, check out the Bitten, Being Human, and Lost Girl TV spots and clips below. The clip for Bitten reveals a crucial event, the Being Human clip celebrates Creepy Baby, and the Lost Girl clip is another great Kenzi scene with still-young but at least familiar-looking Tamsin: