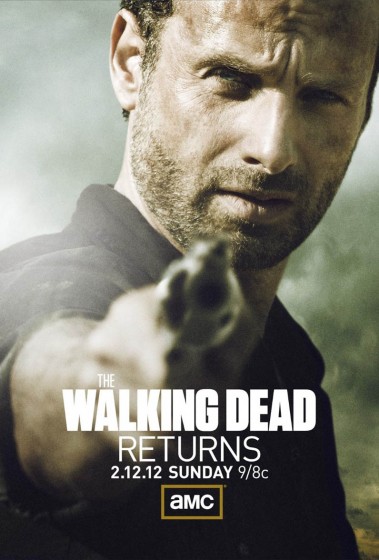 Summary: Based on one of the most successful and popular comic books of all time, written by Robert Kirkman, AMC‘s The Walking Dead captures the ongoing human drama following a zombie apocalypse. The series follows a group of survivors, led by police officer Rick Grimes, played by Andrew Lincoln (Love Actually, Teachers, Strike Back), who are traveling in search of a safe and secure home. However, instead of the zombies, it is the living who remain that truly become the walking dead. Jon Bernthal (The Pacific, The Ghost Writer) plays Shane Walsh, Rick’s sheriff’s department partner before the apocalypse, and Sarah Wayne Callies (Prison Break), is Rick’s wife, Lori Grimes. Additional cast include: Laurie Holden, Steven Yeun, Norman Reedus, Jeffrey DeMunn, Chandler Riggs, IronE Singleton and Melissa McBride. 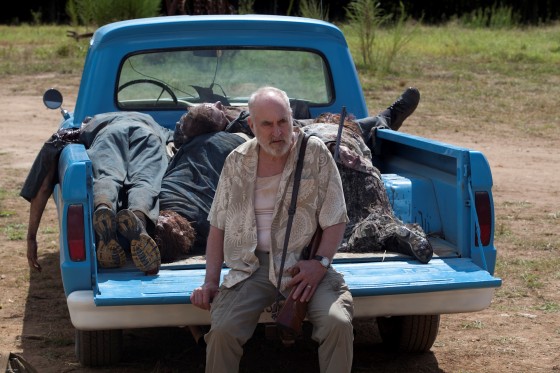 Welcome back The Walking Dead, we missed you. It’s been ten weeks since we saw what you did. Sophia. How could you? Well since then, we’ve posted three clips from your midseason opener, and now that I’ve seen the rest, I’m happy to report that we have NOT seen all of the best parts already. This episode starts exactly when and where we left you. Dead zombies everywhere. The rest of the episode is a natural and riveting progression from there. It’s a recovery episode, for them and for us. And if this episode is any indication, this second half of the season will be one of evolution for the characters, each in their own way.

What else do we know about this second half? There’s a new showrunner in town, and he has promised that the second half of the second season will move along right quick-like. He has also said that he’ll alternate chock full o’zombies episodes with just a touch o’ zombies episodes. I’m not going to tell you which one this is, even though he has, but that’s not really the point. Glen Mazzara has said that he understands that TV audiences want more payoffs more often, and I am taking him at his word. A couple of my reviewer friends think that this episode is too quiet, but I couldn’t disagree more. It could be that it’s because I know what Glen Mazzara has said and am therefore not bothered by the quiet moments, but don’t worry, not everything this week is quiet.

We posted the news recently that Michael Raymond-James will be in this episode, and it is SO GREAT to see him again. If you know him from True Blood you’ll recognize him here, but if you know him from Terriers as I did, you will find yourself enthralled to see him back again. This new character is played to perfection by him, truly. Of course, since this is The Walking Dead, his isn’t the only standout performance of the episode. Andrew Lincoln, Jon Bernthal, Jeffrey DeMunn, and Chandler Riggs are given some great moments this week, and they each handle it deftly and powerfully, but there are no weak links in this cast.

The direction, music, and technical aspects of the episode were perfection in their subtlety. It only takes watching something else where such things aren’t done as well for me to realize the skill involved in a light touch, and that is what we are given in this series, “Nebraska” being no exception.

The writer of this episode also wrote the “Cherokee Rose” episode, and there is a heartbreaking callback to that legend this week. At first I was going to say that he went a little light with the women’s roles this week, but on reflection, they may have less screen time but they each do something either a little bit or a lot surprising, and that’s never bad. Not every scene is perfection, and there’s a little unevenness, but overall the episode makes a statement and will stand out when we look back at the end of the season.

It’s been too long, The Walking Dead, but you’re back now, and that’s what matters.

I give The Walking Dead: Season 2, Episode 8 “Nebraska,” Four Out of Five Stars.