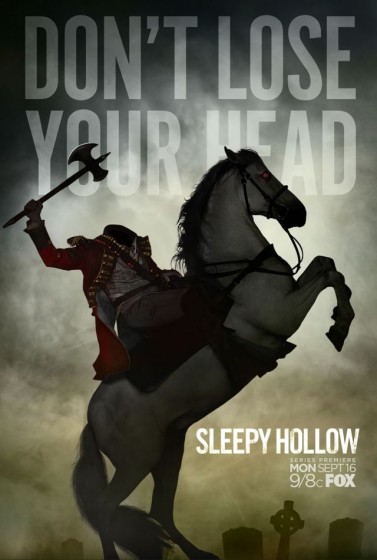 After being resurrected and pulled two and a half centuries through time, ICHABOD CRANE (Tom Mison) finds himself in modern-day Sleepy Hollow, where he quickly realizes that evil has awoken with him. When Sheriff August Corbin (guest star Clancy Brown) is killed by the infamous Headless Horseman, Ichabod forms an unlikely bond with Detective ABBIE MILLS (Nicole Beharie), a young cop who has her own childhood supernatural experiences. Together, the two embark on a mission to stop evil and uncover mysteries dating back to the founding of our country. Captain FRANK IRVING (Orlando Jones) hesitates to believe Ichabod’s tales of supernatural evil. But when Ichabod’s former wife, KATRINA (Katia Winter), provides clues about impending evil, they all begin to realize that this town is anything but sleepy.

I love it. I honestly was not very hopeful, because the premise seemed like such an eye roller. Yes, even with the popularity of other recent modern adaptations of classic tales, this one sounded like a very unwieldy stretch. The thing that gave me a glimmer of hope, however, was the identification of two of the co-creators: Robert Orci and Alex Kurtzman. They wrote Star Trek and Star Trek Into Darkness. They were the co-creators of Fringe. They are cool.

And that coolness comes shining through in this pilot. Not a modern kind of cool, just an intelligent, edgy, beautifully produced, Fringe-like, Star Trek-like kind of cool, which is combined with an innate warmth and intimacy that comes from genuinely liking what you’re watching. Direction, camera work, lighting, flashbacks, effects, and excellent soundtrack, all work to give an ambience that you can sink into; it’s palpable. 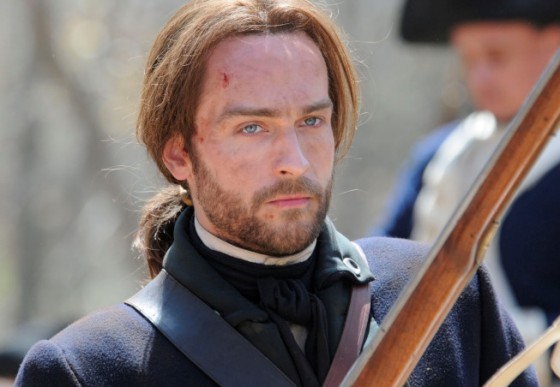 But of course it’s not just the ambience that I like. I like these characters, and the actors’ portrayals, a lot. There’s Tom Mison, the man who plays Ichabod Crane. He is a biscuit. He is gorgeous in a nerdy geeky deliciously British way, and he has amazing onscreen presence. Bless them, these writers know how to write snappy dialogue for an 18th century British man, and Mison knows just how to deliver those lines. Fortunately, Nicole Beharie, who plays female lead Detective Abbie Mills, is just as charismatic. She is expressive, and equally attractive, and her character is very likable. These two are people whom you’ll be happy to watch onscreen for hours. They are mesmerizing. And they are not alone; the entire cast is fully invested in this production.

Still, without a decent story, I wouldn’t love this pilot. Just like with Grimm, there are more components to this plot than the original short story that Washington Irving supplied. Sure there’s a headless horseman, and there’s Ichabod Crane, and there’s even Katrina, though if she was Katrina Van Tassel at some point, when we meet her in this show she’s Katrina Crane. But many more threads are brought in as well, from the Revolutionary War to the end of days, along with some aspects of police procedural, all wrapped up in a time traveling bow. Like all pilots this is a setup episode, so a lot is heaped upon a viewer’s plate, including some intriguing mysteries.

About that: if you love shows with series-long or at least multi-episode-long mysteries, like I do, then I highly recommend this show, with one important caveat: if you love these types of shows because you love to analyze them, and pick them apart for clues – if you’re the type of person who revels in taking notes during your mystery shows – you might want to move along. There’s no way to know if every question that is raised in the pilot, either intentionally or by omission, will be answered eventually, but I wouldn’t bet on it. Let’s start with an obvious one: the guy just woke up from the 18th century. How is he able to focus, how is he not completely mad and/or terrified?

The answer is: who cares? This is a great show; it’s fun and funny and dark and mysterious and creepy and gruesome and intriguing, with a riveting, engaging cast, great production values, fun dialogue, and loads of mysteries. Just relax, suspend your disbelief, and take it all in while you watch it live and simultaneously record it, because you’re going to want to watch it again.

I give Sleepy Hollow, Season 1 Episode 1 “Pilot” Five Out of Five Stars.