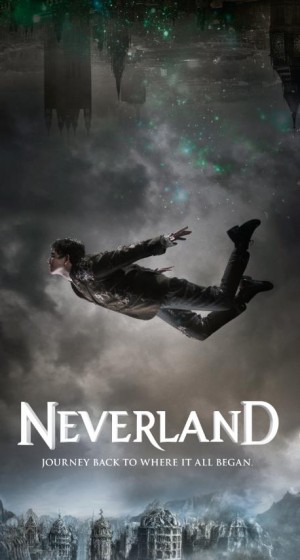 From writer/director Nick Willing, Neverland is an original prequel story to author J.M. Barrie’s classic Peter Pan.  Sweeping in time from the turbulent seas of the pirates of the Caribbean to the back alleys of Dickensian London to a world of pure imagination, Neverland features an all-star cast including Rhys Ifans (The Amazing Spider-Man) as Jimmy Hook, Oscar nominee Keira Knightley as the voice of Tinker Bell, Anna Friel (Pushing Daisies) as Captain Elizabeth Bonny, Oscar nominee Bob Hoskins as Smee, Charles Dance  (Games of Thrones) as Dr. Fludd and Charlie Rowe (Pirate Radio) as one of literature’s most cherished characters, Peter Pan.

In 19th century London, Peter and his young pickpocket pals are rounded up by their mentor Jimmy Hook to snatch a magical orb, which inadvertently transports them all to another world – Neverland.  Filled with white jungles and imposing cities formed out of trees, and inhabited by a colony of tree spirits, this mysterious realm welcomes unknown friends and enemies snatched from time.  These include power-mad Elizabeth Bonny and her band of 18thcentury pirates who are in search of the secret to the tree spirits’ magical mineral dust, an enigma guarded by the Native American Kaw tribe.  As the fight to save this strange and beautiful world escalates, Peter and his crew consider that growing old somewhere in time is less important than defending the place where they will never grow up – their new home called Neverland. 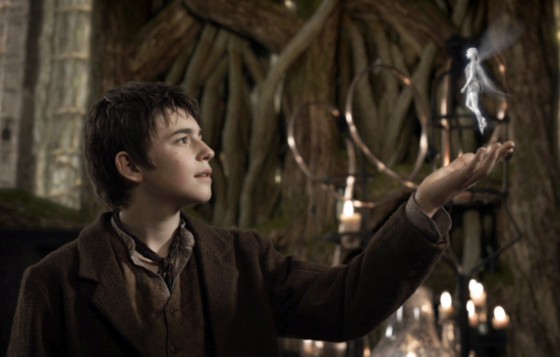 This is my favorite thing on TV in 2011 so far. Yes I have a favorite series, and a favorite new series, but this is my favorite thing. And this was true even before I had a chance to talk with Nick Willing, Rhys Ifans, Charlie Rowe and Anna Friel, though they charmed me completely. If you love Harry Potter, magical things, whimsy, Dickens, and/or are an Anglophile, you will likely agree with me about this miniseries.

Let’s start with the story, written by Nick Willing, who also wrote and directed Syfy’s Alice and directed Syfy’s Tin Man. This story, like those, takes the story we know as a starting point and adds a twist. This time, though, the twist isn’t the setting of another planet or modern day; it’s a prequel. We are therefore given something slightly more familiar, but still quite new to us and to the story. 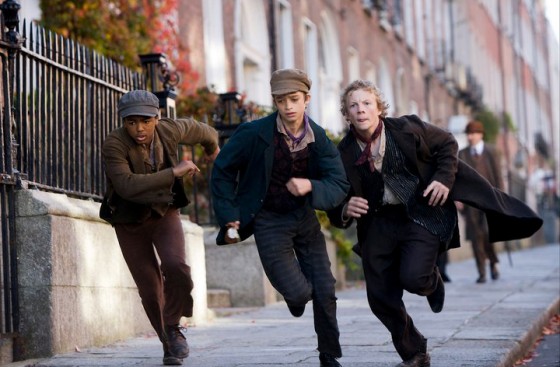 Willing has used the four hours to fashion a backstory for Peter, Hook, Tink, and much much more that I won’t reveal, because that’s part of the fun. He’s done it in a way that makes for a credible and interesting journey, and none of the explanations feel too forced or pedantic. The beauty of a miniseries is that it doesn’t need to hit you over the head with every reveal and plot point; it’s allowed some subtlety. On the other hand, there is an end to it, unlike full series that may have to resort to fillers, not knowing when the end may come. Four hours is the perfect length for the development of this prequel, which takes us right up to the original story.

Some of the CG, at least on the rough cut that I saw, wasn’t quite up to the highest of standards, but the things that are represented make up for it; they are extremely imaginative “sets” and there’s clearly a lot of work put in to making us feel the atmosphere, wherever we are in the story. There are a couple that are really… well, you’ll see. 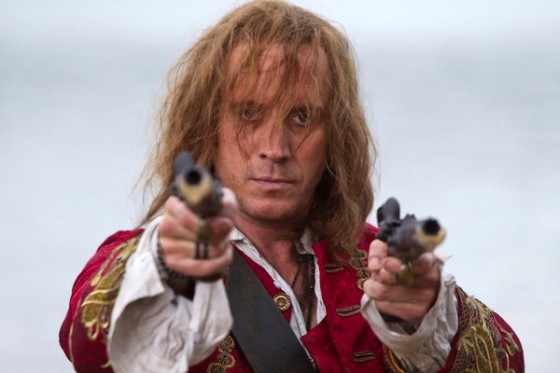 It’s interesting to note, though, that there’s also a lot about the production that is real. It’s an all-UK cast, so the accents are real, which adds a huge amount of the charm. It was shot in Ireland although you won’t really see that, but when they’re on the deck of a ship they are actually on a ship. When you see Peter play a tin whistle, he’s actually playing. None of that makes much difference to the production, really, but I think it’s fun to know that while you’re watching.

So the story is great, the atmosphere is great, but they would fall apart without the pitch-perfect work of Rhys Ifans and Charlie Rowe. Nick Willing in a recent interview said that he had wanted Ifans for the part of Hook from the start, because of his ability to command a scene, yet still give a sense of vulnerability when needed, and in this story it IS needed. Good thing that’s what Willing was looking for, because it is absolutely what he got with his star. He also said he had been hesitant to cast Charlie Rowe simply because he had worked with him before and didn’t think he should work with the same child actor twice. Until Rowe read for the part, and it was instantly clear that he IS the Peter of his prequel. Well done, Mr. Willing,  because these two actors own their parts, and lead this miniseries to its success. 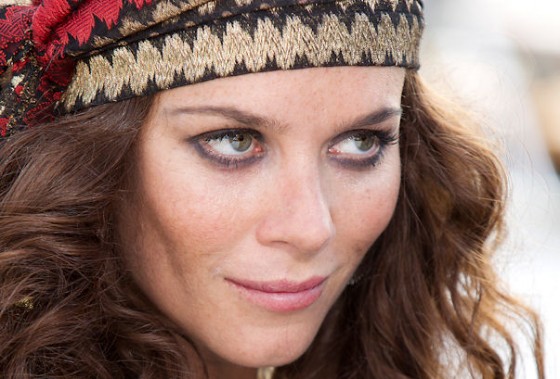 The rest of the cast is terrific and really seem to relish their parts. Anna Friel is too gorgeous to be real but she can’t help that; she owns her part as much as Ifans and Rowe do, and brings a zest to it that is a treat to watch. The Indian villagers are engaging, and the scenes with them are amongst my favorites. The future Lost Boys have a great rhythm with each other and work wonderfully as a team. 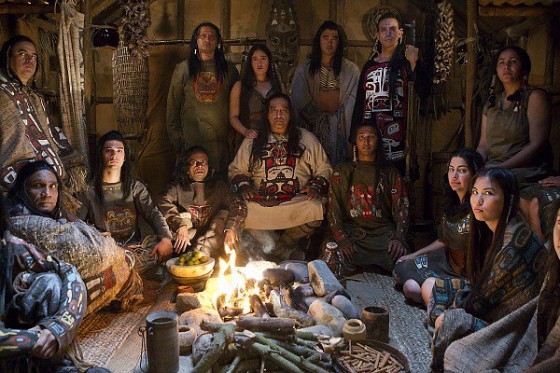 This miniseries, along Alice and Tin Man, is one I will watch every single time it is on. This time, though, I’ll also get the DVD (or hopefully Blu-ray) whenever it becomes available, and will get several more to give as gifts to all of my favorite friends and relatives, because that’s what this miniseries is: a gift.

I give Neverland an enthusiastic Five Out of Five Stars.