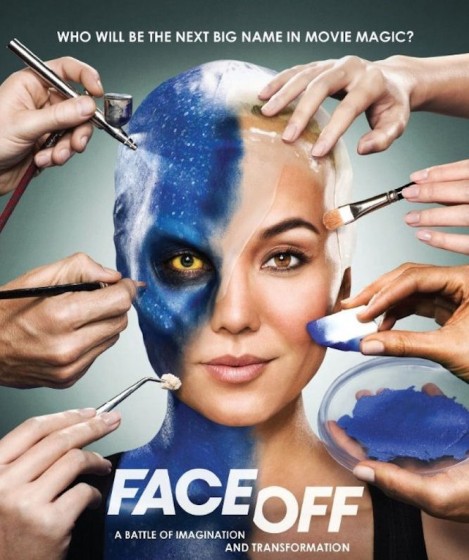 Syfy’s most popular unscripted series, Face Off, returns for a new year and fourth season of stunning make-up magic. Fourteen rising special effects make-up artists come to Los Angeles to compete in a series of elaborate challenges that will ultimately determine just who has the skillful hand to win Face Off.

Face Off is simply the best reality/competition series around. It showcases really talented up-and-coming artists in the world of special effects makeup, who are given great challenges, some key mentoring by one of the best in the business, and fair assessments of their work by other people who are the best in the business, all while teaching us something about their craft, which is fascinating, often beautiful or horrific but nearly always stunning.

Along with all of these pluses come very few negatives. It isn’t about how to best beat the others, it’s about how to do the best work possible, and consequently earn the win. It isn’t about the drama, though of course there is some. It’s a competition, and these people are artists, but that is not the focus of the show. Barely any time at all is spent at the beautiful home where they’re all staying during the competition. There is a fair amount of time spent with each contestant in separate interviews, but they are really just talking about what we are watching; what is going through their minds as they are working on their creations. 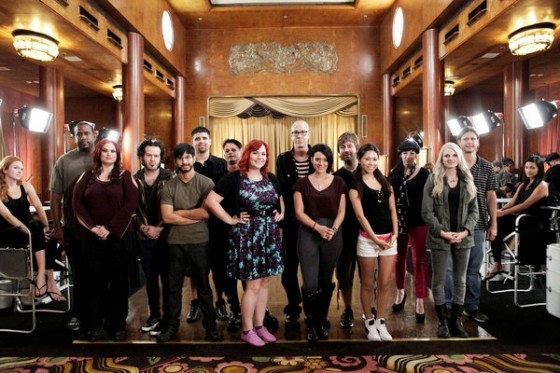 In this season opener we meet the 14 contestants, and host McKenzie Westmore‘s father, renowned special effects makeup artist Michael Westmore (Star Trek), who will act as mentor for the contestants throughout the season. This means that he will be the one who walks through the works in progress and gives pointers to the artists. In previous seasons this was usually done by one of the judges. It’s hard to say whether having a judge give input before the final product had an influence on that judge’s final critique, but now that won’t be a factor.  Besides, it’s nice to have another voice in the discussion, with a different history than any of the judges we’ve come to know.

Those judges are terrific, however, and it’s nice to see them back. Multiple Academy-Award winner Ve Neill (The Hunger Games, Pirates of the Caribbean), industry veteran Glenn Hetrick (CSI: New York, Heroes, Buffy the Vampire Slayer), and creature designer Neville Page (Avatar, Prometheus) who was new last season, each bring a slightly different commentary, view, and aesthetic to the judging, and it is a well-balanced panel. This week’s guest judge is John Rhys-Davies (Lord of the Rings) and he lends a nice touch, approaching the projects from the actor’s perspective. 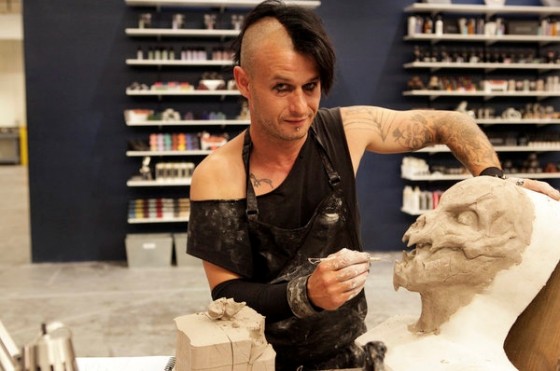 When I attended the Syfy Digital Press Tour in October, I spoke with a representative of the show, who agreed with me that the Season 3 contestants were very talented, but went on to tell me that the Season 4 contestants were off-the-charts amazing. I like amazing. After one episode I do already have a few favorites, but she was right, and the judges concurred; these are some extremely talented artists, and I can’t wait to see what they do next.

I give Face Off, Season 4 Episode 1 Five Out of Five Stars.