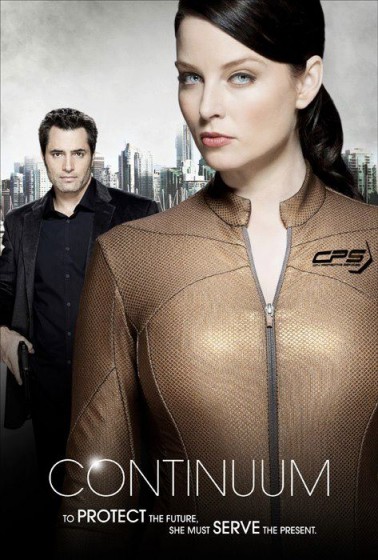 Summary:
Continuum stars Rachel Nichols (Criminal Minds, Alias) as Kiera Cameron, a cop from the future who finds herself trapped in the present day. When a group of fanatical terrorists escapes their planned execution in 2077 by vaulting back in time to 2012, they inadvertently sweep along Kiera, a dedicated City Protective Services officer.

With unexpected assistance from teen tech genius Alec Sadler, played by Erik Knudsen (Jericho, Scream 4), Kiera infiltrates the local police department and forms an uneasy alliance with her new partner, detective Carlos Fonnegra, portrayed by Victor Webster (Castle, Melrose Place). Though desperate to get back to her husband and son, Kiera concentrates on bringing down the terrorists before they change the course of history. 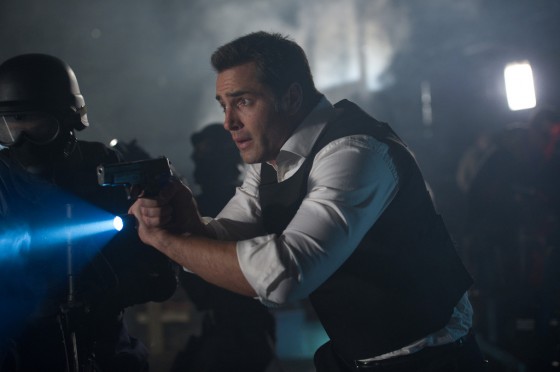 If I could sum up this episode in a word, it would be Desperation. While all of our characters have great chemistry together, their objectives are all pretty self serving this early in the series. Kiera (Rachel Nichols) has been transported against her will back in time  and she will do whatever it takes to return home to her family. Carlos (Victor Webster) has a mysterious gang of dangerous criminals that is doing major damage to his city and his fellow officers and regardless of how knowledgeable Kiera is about them, he will go to whatever lengths he must to protect and serve the city, while the gang themselves are on a mission that they will carry out no matter on which side the casualties lie.

I did really like the episode and I’m thrilled with the series so far. Highlight of the episode for me was when Kiera encounters some 2012 technology that she doesn’t have any experience with. It’s great. And I didn’t mention it before because I wanted all of you to have the same delight I had when I saw William B Davis who plays the older Alec Sadler. Any of you scream, “THE CIGARETTE SMOKING MAN” at your screen or was that just me? I mean, I know he’s been in other things than the X-Files, but he will always be cemented into that role forever in my mind.

I give Continuum, Season 1 Episode 2 “Fast Times” Four Out of Five Stars.