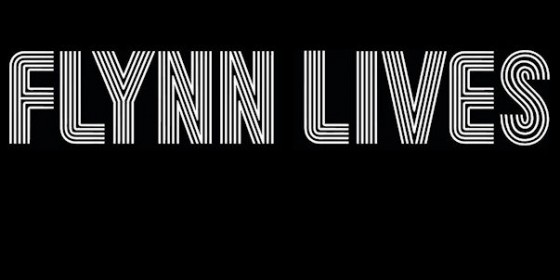 Just last week we showed you a video interview that IGN conducted with Encom Executive Consultant, Alan Bradley. It was a fairly standard interview… or so it seemed. Apparently that interview was massively edited by those at Encom, and a new version – totally unedited was unearthed on the Encom Employee Intranet by the folks at Flynn Lives, revealing the things about Kevin Flynn that Encom didn’t want us to hear.

Just a reminder, don’t forget about the Encom press event being held this Friday (April 2nd) at 8:00pm. The Flynn Lives organization is putting together an “awareness campaign” and have announced a secret meet-up prior to the press event for Flynn supporters in the Grand Ballroom at the Hyatt Regency from 6:15PM to 7:45PM this Friday.

A post in the FlynnLives.com forums states “An old friend of mine hooked us up with a meeting spot right next to the event. We’ve got the Grand Ballroom at the Hyatt Regency from 6:15-7:45. Bring your Encom badges if you have them – if not – come anyway. We need as many people as we can get to help!” Another post says that “that Encom event is bigger than we thought.”

Over on FlynnLives.com, they have posted the following image and message. 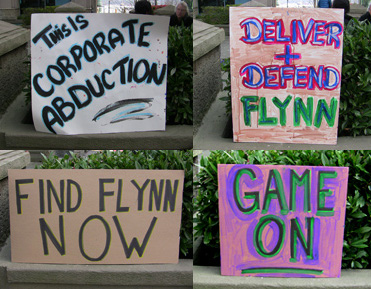 Encom’s press conference will have some unexpected visitors (us!)

The suits over at Encom International are gearing up to make some grand pronouncement on April 2nd at the Justin Herman Plaza in San Francisco. Looks like some notable figures will be in attendance, namely Alan Bradley and some of the executive wing of the company. We can’t wait to hear what Mr. Bradley has to say – as for the rest of them, we’re sure it’s the same old song-and-dance. They haven’t acknowledged Kevin Flynn for decades, so why would they start now?

We’re going to pay a little visit to their press conference to keep them honest – so get the word out and bring your friends. We need as many supporters there as possible. This is going to be big!