‘Tron Legacy’ To Have A Simultaneous Release In 3-D IMAX 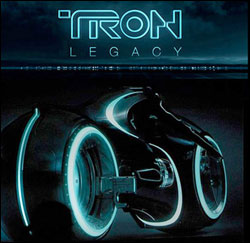 Disney will roll out the 3D version of “Tron Legacy” in theaters and Imax screens simultaneously on Dec. 17, 2010. In addition to Imax’s 3D format, pic will also be released in traditional theaters using Disney Digital 3D.

Walt Disney Studios, Mark Zoradi called the new installment of “Tron” the “ideal movie for Imax’s immersive format” and said the pair-up with the large-format will give audience another option to see the film, which will “reach a much wider audience now that the Imax is expanding with its digital locations.”

Imax has 273 commercial theaters in 44 countries.

The deal follows this week’s announcement that Sony’s “Spider-Man 4” will be released in Imax theaters simultaneously with traditional theaters on May 5, 2011.