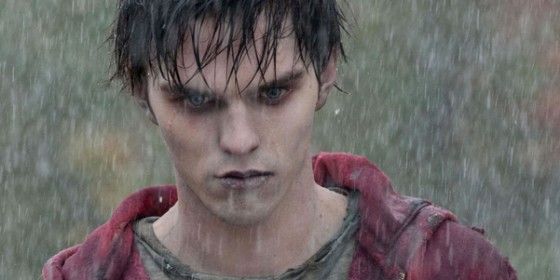 We are big fans of the idea of releasing the first minutes of a movie or TV show in advance of its premiere. Oftentimes it’s enough to give you a good feel for the tone of what’s to come. I am really hoping that’s the case with Warm Bodies because if the rest of the movie is as good as the first four minutes, I’m going to love it. I seriously love the first four minutes. Check it out for yourself and see if I’ll be looking for you in line on opening weekend.


You’ll see a lot of the best bits of those first four minutes in this first trailer, but you’ll also get a sense of the plot, so stay with it.


Or maybe you prefer your trailers with a little more John Malkovich?

A funny new twist on a classic love story, WARM BODIES is a poignant tale about the power of human connection. After a zombie epidemic, R (a highly unusual zombie) encounters Julie (a human survivor), and rescues her from a zombie attack. Julie sees that R is different from the other zombies, and as the two form a special relationship in their struggle for survival, R becomes increasingly more human — setting off an exciting, romantic, and often comical chain of events that begins to transform the other zombies and maybe even the whole lifeless world.

Warm Bodies is slated to hit theaters on February 1, 2013.