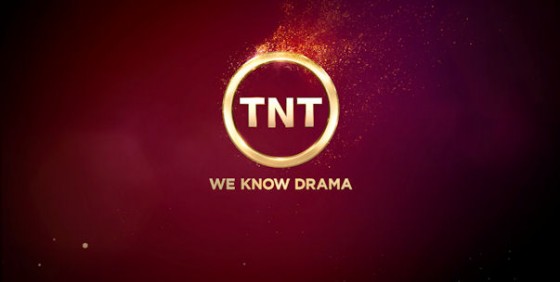 We have a lot to share with you today from our pals over at TNT (including a Stephen King story in development with producers from Eureka, Terminator: The Sarah Connor Chronicles, and Supernatural), so let’s get started – and make sure you read to the end, to get it all stuffed into your sci-fi-loving brains.

In conjunction with its Upfront presentation this morning, TNT has released brand new trailers for recently-announced Our Kind of Shows The Librarians and Proof, along with summer show The Last Ship. They’ve also released more information on the upcoming fourth season of Falling Skies.

Before we get to that, though, I just have to share this blurb with you:

TNT unveiled a dramatic brand refresh and programming evolution during today’s TBS TNT Upfront presentation in New York. The initiative is designed to expand the audience by attracting younger viewers and a more balanced male-female composition. On the programming front, TNT is building a dynamic portfolio of thrilling genre fare, with new action-adventure, sci-fi/fantasy, mystery/suspense and crime dramas. TNT‘s brand refresh is centered on the new tagline TNT Drama. Boom.

Now you just stop that giggling. The trailer they released to promote the tagline has some nice moments featuring stars from The Last Ship and Falling Skies:


See? Fun, right? Here are the promised trailers – please note that the trailer for The Last Ship starts much like previous trailers, but does include some new content:


Here’s the latest release about Falling Skies, followed by some great info about new series in development:

Since premiering as the #1 new series of 2011, Falling Skies has ranked as one of basic cable’s Top 10 original dramas among key adult demos for each of the past three years. Executive-produced by Spielberg and Amblin Television heads Justin Falvey and Darryl Frank, along with David Eick and Greg Beeman, season four of Falling Skies is set to premiere Sunday, June 22, at 10 p.m. (ET/PT), following the launch of TNT‘s all-new drama The Last Ship.

In Falling Skies, Wyle stars as Tom Mason, a college professor who became an unlikely resistance leader following a massive invasion by an alien race known as the Espheni. Bloodgood is Dr. Ann Glass, a pediatrician who became the survivors’ primary physician and recently gave birth to a daughter who, it turns out, is not entirely human. Patton is Colonel Weaver, the gruff and emotionally scarred commander of the 2nd Mass who has been leading the battle against the invaders.

Last season on Falling Skies, the human population in the new capital of Charleston reluctantly welcomed assistance from the Volm, a new race of aliens promising to supply the humans with a secret weapon that would win the war against the Espheni. After working together to destroy a major Espheni base, however, the Volm’s real intentions regarding the Earth become murky. Meanwhile, Tom and Ann’s rapidly growing daughter has begun to display remarkable abilities, raising fears about who or what she really is.

As season four opens, the Mason family and the remaining 2nd Mass suddenly find themselves under brutal attack by a new Espheni war machine – and a new, deadly creation unlike anything previously encountered. Divided like chattel and spread to the winds, they must each forge new relationships in order to survive.

Scarlett Byrne is set to join the cast as a mysterious woman with a unique connection to the invaders. Academy Award®-winning actress Mira Sorvino is set to guest-star this season as Sara, brash woman with a complicated past who proves to be a worthy foil and potential love interest for loose cannon John Pope (Cunningham). Treva Etienne is slated to guest star as Dingaan Botha, who joins the 2nd Mass to help fight the extra-terrestrial invaders. Robert Sean Leonard is set to return as the brilliant but odd Dr. Roger Kadar.

About TNT
TNT is television’s destination for drama. Seen in 101 million households and ranking among cable’s top networks, TNT is home to such original drama series as Rizzoli & Isles, Major Crimes, Falling Skies, Perception, Dallas and Franklin & Bash. TNT’s upcoming slate of scripted dramas includes the original series The Last Ship, Murder in the First, Legends, The Librarians, Public Morals, Proof and Transporter The Series, which will make its U.S. television debut on the network this fall. TNT also features such dramatic unscripted series as Cold Justice, APB with Troy Dunn and the upcoming On the Menu and Wake Up Call. In addition, TNT is the cable home to popular dramas like Hawaii Five-0, Castle, The Mentalist, Bones and Supernatural; primetime specials, such as the Screen Actors Guild Awards®; blockbuster movies; and championship sports coverage, including NASCAR, the NBA and the NCAA Division I Men’s Basketball Championship.

TNT is part of Turner Broadcasting System, Inc., a Time Warner company. Turner Broadcasting creates and programs branded news; entertainment; animation and young adult; and sports media environments on television and other platforms for consumers around the world.

New Our Kind of Series in Development:

Fix-It Men
Producers: Mark Gordon (Criminal Minds, Grey’s Anatomy), Nick Pepper, Joe Carnahan (The Blacklist), John Glenn (Eagle Eye, The Lazarus Project)
Director: Joe Carnahan (The Blacklist)
Writers: John Glenn (Eagle Eye, The Lazarus Project) and Joe Carnahan
Studio: Sonar Entertainment
A team is sent back in time from 2027 to 2014 to disrupt a series of events that will lead to a cataclysmic war in the future – but something goes wrong, trapping them in 2014 Manhattan. Cut off from their time and their families, the team must try to complete their unprecedented, high-stakes mission without any help from the future.

Kali
Producers: Steve McPherson (Wonder Monkey Entertainment), Gonzague Requillart (La Parisienne D’images), Harley Peyton (Dracula, Friends with Benefits)
Writer: Harley Peyton (Dracula, Friends with Benefits)
Awakened on a train with no memory of who she is or how she got there and then discovering that a chip has been implanted in her brain to transform her into a powerful human weapon, Kali must embark on a harrowing journey of survival and redemption. She will find herself at the center of two warring teams fighting to control her as she begins the battle to take back her life. Based on a French web series.

The Shop
Producers: James Middleton (Terminator: The Sarah Connor Chronicles), Jaime Paglia (Eureka), Robbie Thompson (Supernatural)
Writer: Robbie Thompson (Supernatural)
Studio:  Universal Cable Productions
Based on characters created by Stephen King, this supernatural thriller centers on The Shop, a mysterious organization that once exploited the pyrokinetic abilities of a young girl named Charlie McGee. Twenty years after bringing the organization to its knees in a blaze of fire, Charlie has been tracked down by one of its former members, Henry Talbot. Talbot introduces Charlie to a group of people just like her, all products of The Shop with their own unique abilities. It turns out The Shop is very much alive, bigger and badder than ever, and its dark experiments are unleashing terrifying new entities on the world. It’s now up to Talbot, Charlie and the rest of the team to find The Shop and destroy it for good.