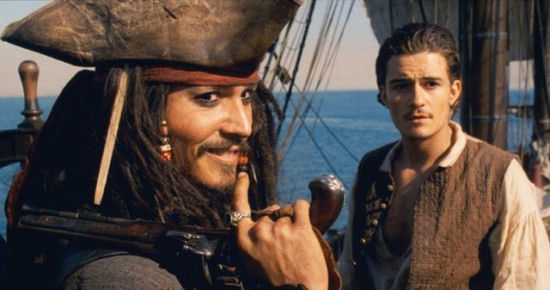 The fourth Pirates Of The Caribbean movie will be based on Tim Powers’s 1988 fantasy novel On Stranger Tides.

According to the Los Angeles Times, Disney optioned Powers’s book three years ago so that it could use elements from his story for its next Pirates instalment.

“I’ve watched all the [Pirates] movies several times and I think the clear thing they would use is the trip to the Fountain of Youth,” said Powers. “My main character doesn’t overlap with Jack Sparrow at all.

“I suppose they might overlap the Geoffrey Rush character Barbossa and Blackbeard. The only thing I feel certain they will hold on to is the Fountain of Youth since they telegraphed that at the end of the last movie.”

Screenwriter Terry Rossio confirmed that the filmmakers will “draw material and expertise” from Powers’s work, using it as a springboard for a story about Blackbeard’s search for the mythical Fountain of Youth.

“I don’t know if it’s proper to say it’s based on it but there are enough common elements to think that the book had to be optioned to us to reasonably proceed along that storyline,” Empire quotes Rossio as saying.

Pirates Of The Caribbean: On Stranger Tides will open in July 2011.