Tim Burton’s Alice in Wonderland Gets a New Poster

The Disloyal Subjects of the Mad Hatter on facebook premiered a new poster for Alice In Wonderland. The fan page is a place for fans to check out new stuff presented by the Hatter (Johnny Depp) himself. He says on his facebook fan page that he has three new things that he will be releasing.

This poster is the first of three and features the White Queen (Anne Hathaway) book-ended by Tweedledee and Tweedledum (Matt Lucas), and standing opposite of the Red Queen (Helena Bonham Carter) with the giant head of the Cheshire Cat (Stephen Fry) floating in the sky.

Check out the poster below 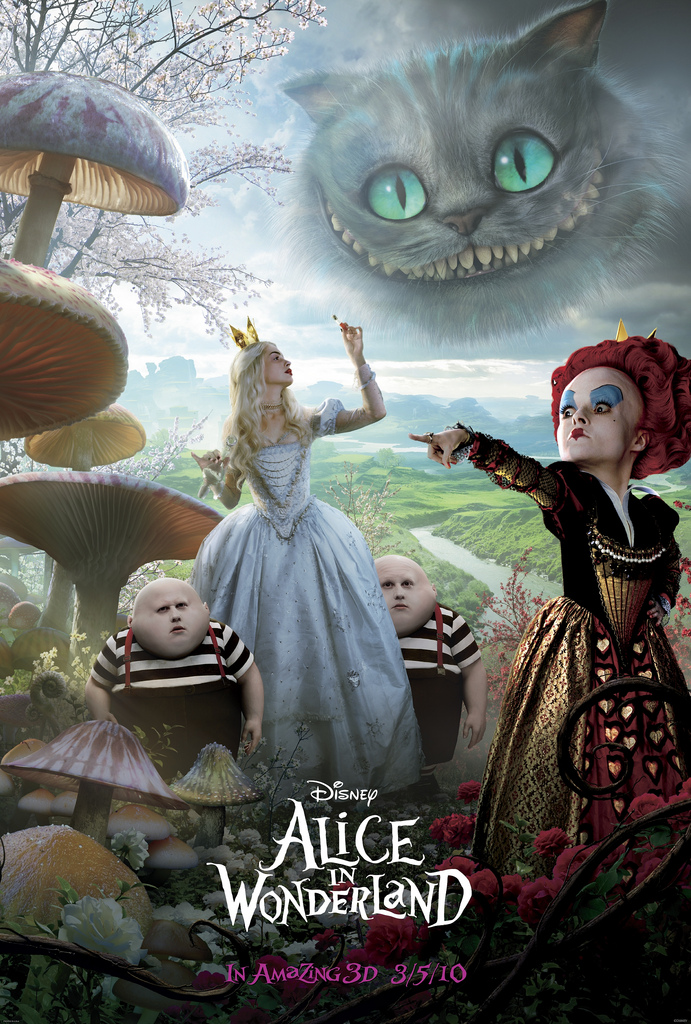 Oh my, my, my. Flattering! I have three treasures for my subjects, but what kind of leader would I be if I gave them to you all at once? Here’s the first – a morsel to appease. I used to hat the White Queen, but there’s not much for me to work with. Her head is so small. Interested in seeing even more? Then I need 7,500 Likes! Spread the word!

Recently, a fuzzy two-page scan from a magazine leaked out, and it shows this new poster as part of it. Which means the next two posters will most likely show us the Caterpillar (Alan Rickman), the Mad Hatter himself, as well as Alice (Mia Wasikowska) and the White Rabbit (Michael Sheen).