THE WALKING DEAD: Apocalypse Soon! Go Behind The Scenes With Frank Darabont And Robert Kirkman 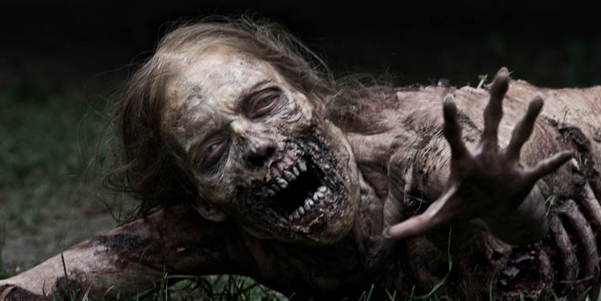 AMC’s The Walking Dead has got to be one of the most anticipated television series to premiere this fall. Frank Darabont’s live-action television adaptation of the graphic novel series by Robert Kirkman will focus on the humanity and relationships between the survivors, not just zombies. It is much more than a horror genre series – the story will test the bonds of friendship, family, community, and society as a whole.

Check out the behind the scenes featurettes with writer/ director/ executive producer Frank Darabont (The Mist, Shawshank Redemption), comic series creator Robert Kirkman, co-executive producer Gale Anne Hurd (Mercury, Terminator) and members of the cast about how the show is adapted from the source material and what makes the show not just a zombie apocalypse story.

Inside The Walking Dead: It’s About Survival

Inside The Walking Dead: From Comic Book to Television Series

The Walking Dead: Who Is Shane Walsh?

The Walking Dead stars Andrew Lincoln (Heartbreaker, Love Actually) as Rick Grimes, “a police officer who’s shot in the line of duty and wakes up in the hospital to find the world has fallen victim to a zombie plague. He goes in search of his wife and child.”

The six-episode series will begin with a premiere that is ninety-minutes long, a half hour longer than subsequent episodes.