The Stunning Comic-Con Trailer for INTERSTELLAR Has Landed

The program for Paramount‘s Comic-Con presentation in Hall H last week read as follows: “Paramount Pictures will provide an inside look at their upcoming films. Attendees will view exclusive footage presented by special guests and hear the latest news for some of the year’s most anticipated movies!” In other words, we’re not going to tell you.

So imagine our surprise when this one showed up on stage: 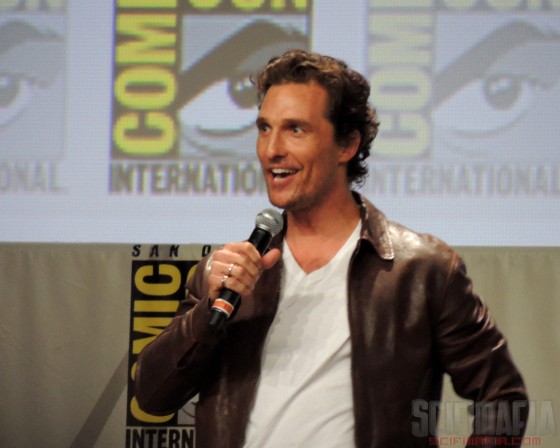 Yup, Matthew McConaughey. He even gave us his patented “all right all right all right.” So cool. His first appearance at Comic-Con. He was clearly so enthusiastic about the movie he was promoting, Interstellar, but just like all the promotion for the movie so far, he continued to be cagey about the particulars. As did the man he introduced: 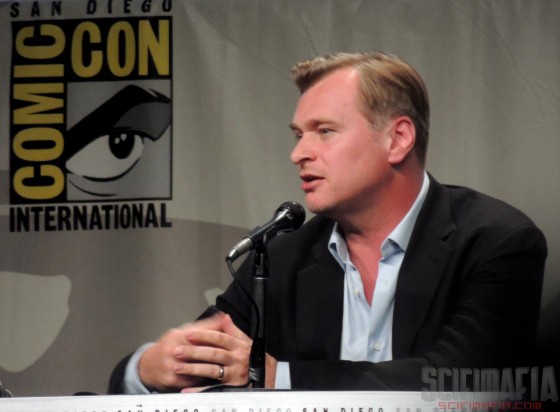 the equally elusive Comic-Con newbie, Interstellar director Christopher Nolan. They truly want us to see it without many if any preconceived notions, and I, for one, really appreciate that. I hate going to a movie after seeing countless TV spots only to learn that I’ve already seen the best bits.

And yet, like the trailer they premiered, they managed to convey the fact that this may well be an excellent, intriguing, thought-provoking, eye-filling must-see movie, without giving much of anything away:

It seems to combine elements of 2001, Contact (maybe that’s because of McConaughey), Gravity, and… Field of Dreams? No matter; I’m absolutely going. Absolutely.