The Mortal Instruments To Gain A Tudor King? Jonathan Rhys Meyers In Talks To Join Cast 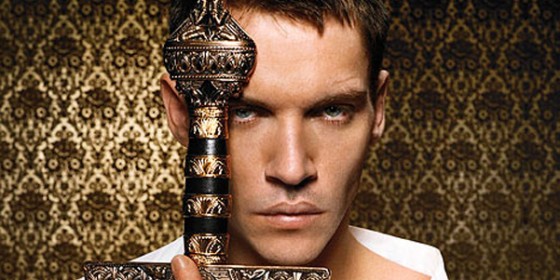 Earlier this week, we told you about the casting of a very creepy character in the big screen adaptation of Cassandra Clare’s New York Times best-selling YA series, The Mortal Instruments: City of Bones. The nearly seven-foot tall Stephen R. Hart (Silent Hill) will play Brother Jeremiah, a member of the elite group of Shadowhunters, called The Silent Brothers.

THR reports that Jonathan Rhys Meyers (Dracula, The Tudors) is in talks to join the cast of The Mortal Instruments: City of Bones. Rhys Meyers is to play the role of the demon hunter, Valentine Morgenstern, “a powerful but insane Shadowhunter looking to make the world pure at any cost.”

Harald Zwart  is helming the film with script by Jessica Postigo and I. Marlene King. The Mortal Instruments: City of Bones, jointly produced by Constantin Film and Unique Pictures, will begin production this month in Toronto.

Synopsis for City of Bones, the first book of The Mortal Instruments series:

City of Bones begins with a sixteen-year old girl named Clary Fray (Lily Collins,) who lives in New York with her mother, an artist. She comes home one night to find her apartment ransacked, her mother gone — and a slavering demon ready to tear off her head. Once the demon’s dealt with, Clary follows the clues to her mother’s disappearance into an alternate New York filled with hideous demons, hard-partying warlocks, not-what-they-seem vampires, an army of werewolves and the scariest thing of all: the secrets of her mother’s past. She also finds herself torn between two boys — her best friend Simon, for whom she’s developing new feelings, and the mysterious demon hunter Jace, who has a past more tangled than her own. She becomes a part of the secret word of the demon hunters, or Nephilim, and as she does discovers she might be more connected to them than she originally thought.