The Hobbit to Make World Premiere In New Zealand 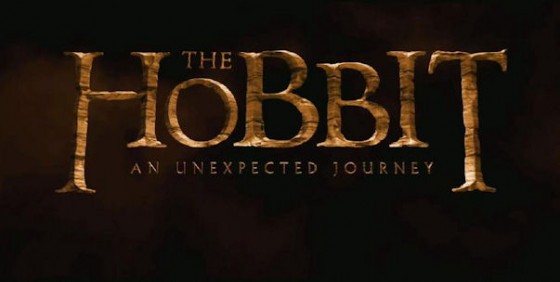 Maybe this might be a good year to spend your Thanksgiving holiday in New Zealand. Ahead of its mid-December release date in the States, Peter Jackson’s The Hobbit: An Unexpected Journey will make its world debut on Wednesday, November 28, 2012. Check out the full press release below:

“The Hobbit: An Unexpected Journey,” the First Film in Peter Jackson’s Epic Adaptation of the Timeless Book, to Make Its World Premiere on Wednesday, November 28, in Wellington, New Zealand

BURBANK, Calif.– Gearing up for the global release of “The Hobbit: An Unexpected Journey,” the epic adventure will have its world premiere on November 28, 2012 in Wellington, New Zealand. A production of New Line Cinema and Metro-Goldwyn-Mayer (MGM), “The Hobbit: An Unexpected Journey” is the first of two films from filmmaker Peter Jackson, the Academy Award-winning director of The Lord of the Rings Trilogy, who shot the films concurrently on locations across New Zealand.

From Academy Award®-winning filmmaker Peter Jackson comes “The Hobbit: An Unexpected Journey,” the first of two films adapting the enduringly popular masterpiece The Hobbit, by J.R.R. Tolkien. The second film will be “The Hobbit: There and Back Again.” Both films are set in Middle-earth 60 years before “The Lord of the Rings,” which Jackson and his filmmaking team brought to the big screen in the blockbuster trilogy that culminated with the Oscar®-winning “The Lord of the Rings: The Return of the King.”

The screenplays for both “The Hobbit: An Unexpected Journey” and “The Hobbit: There and Back Again” are by Fran Walsh & Philippa Boyens & Peter Jackson & Guillermo del Toro. Jackson is also producing the films, together with Carolynne Cunningham, Zane Weiner and Fran Walsh. The executive producers are Alan Horn, Toby Emmerich, Ken Kamins and Carolyn Blackwood, with Boyens and Eileen Moran serving as co-producer.

Under Jackson’s direction, both movies are being shot consecutively in digital 3D using the latest camera and stereo technology. Filming is taking place at Stone Street Studios, Wellington, and on location around New Zealand.

Taylor is also overseeing the design and production of weaponry, armour and prosthetics which are once again being made by the award winning Weta Workshop. Weta Digital take on the visual effects for both films, led by the film’s visual effects supervisor, Joe Letteri. Post production will take place at Park Road Post Production in Wellington.

“The Hobbit: An Unexpected Journey” and “The Hobbit: There and Back Again” are productions of New Line Cinema and MGM, with New Line managing production. Warner Bros Pictures is handling worldwide theatrical distribution, with select international territories as well as all international television licensing, being handled by MGM.

New Line Cinema continues to be one of the most successful independent film companies. For more than 40 years, its mission has been to produce innovative, popular, profitable entertainment in the best creative environment. A pioneer in franchise filmmaking, New Line produced the Oscar®-winning “The Lord of the Rings” trilogy, which is a landmark in the history of film franchises. New Line Cinema is a division of Warner Bros.

The Hobbit: An Unexpected Journey is slated to hit theaters on December 14, 2012.

The Hobbit: There and Back Again is slated to hit theaters on December 13, 2013.