The Darkside Seekers Take on HAVEN in Tonight’s New Episode 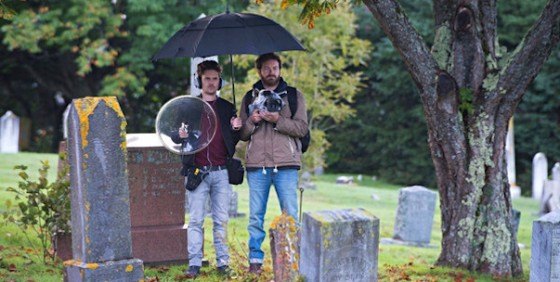 Haven is careening towards a season finale that is coming far too soon, as it does every year. Tonight’s new episode is number 11 of 13 for the season. Eric Balfour (Duke) told me last month that this is his favorite episode of the season, because guest stars Danny Masterson (Men at Work, That ‘70s Show) and Kris Lemche (Joan of Arcadia, Ghost Whisperer) are his offscreen friends. Friends who are playing… the Darkside Seekers!

Yes those “famous” fictional investigators of the strange and unusual have finally made it to our favorite strange and unusual town, which should make for another excellent episode. Check out the featurettes that “they” shot, as well as a TV spot and a chilling clip from the new episode: