The DA VINCI’S DEMONS Marathon and Season Finale are at Hand, See the Featurette and More 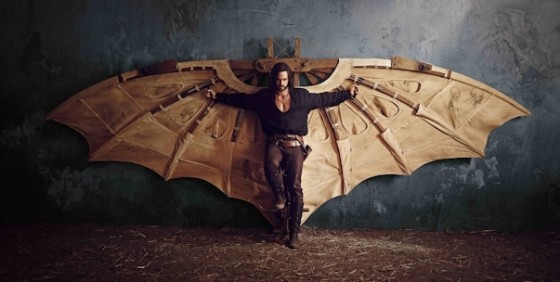 They didn’t warn us that one of da Vinci’s amazing accomplishments would be to somehow make ten episodes feel like three or four. Because it is already time for the season 2 finale of Da Vinci’s Demons, and I am inconsolable. The only three things that make it bearable are one, we will be getting a third season next year; two, we will be able to watch it again on Blu-ray and/or DVD at some point; and three, this season finale is oh so wonderfully good.

Don’t forget that Starz will be replaying the entire season on Saturday beginning at noon eastern, with the added bonus that some of the cast and crew will be live-tweeting during the event. Check out the press release about  the finale and marathon, then see the trailer and featurette about this terrific close to an exceptional season. And keep an eye out for my review of the Season 2 soundtrack, to be published shortly…

STARZ will premiere the epic tenth and final episode from season two of its historical fantasy original series, “Da Vinci’s Demons,” this Saturday, May 31st at 9pm ET/PT. Leading into the finale, the network will also air the entire second season (episodes 201 through 209) back-to-back on Saturday, May 31st beginning at 12pm ET/PT. During the on-air marathon, STARZ will also host the #DaVinciThon, a dual-screen social media event featuring live tweets and behind-the-scenes content from “Da Vinci’s Demons” cast and crew, who will be engaging with fans via Twitter from across the globe, including Columbia, Iceland and parts of the United Kingdom.

EPISODE 210 THE SINS OF DAEDALUS – SYNOPSIS:

Airdate: Saturday, May 31st **Season Two Finale**
An unlikely union must form to save Italy from an Ottoman attack. Meanwhile, Riario is threatened and Nico takes Vanessa’s destiny into his own hands.


Tremendous thanks to everyone involved in the production of this excellent season!