Syfy held its Digital Press Tour yesterday, and made some great premiere announcements. Craig Engler, Senior Vice President & GM of Digital at the Syfy Channel (and the person who tweets as @Syfy) posted a lot of the news not only on Twitter but on Google+. Thanks for the tw’announcements and g’announcements, Mr. Engler.

Syfy Craig Engler Hey … I think we’re one of the first TV networks to do show announcements on Google+. And posting pics too, which G+ is great for :)

Craig Engler  –  6:56 AM  –  I’m at the Syfy Digital press tour this morning with the cast from many of our shows. I’ll post some updates and pics. 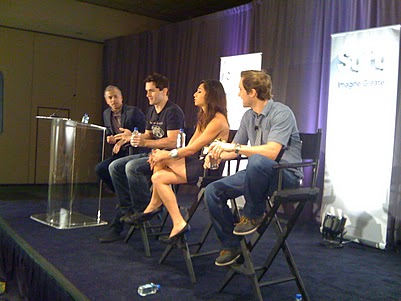 Syfy Craig Engler For season 2, @MeaghanRath says the log line should be: “Being Human – It Gets Personal”

Craig Engler  –  7:47 AM (edited)  –  Here’s the cast of our upcoming Peter Pan prequel miniseries Neverland: Rhys Ifans, Anna Friel and Charlie Rowe. (Mark Stern, our head of development, is the guy all the way on the left.)
UPDATE: It airs December 4th and 5th. 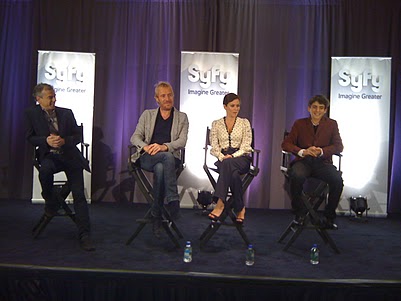 Syfy Craig Engler Anna Friel said her six-year-old daughter said “Mummy, there’s no way you can NOT do Neverland!”

Craig Engler  –  7:50 AM  –  Here’s Being Human stars Sammy Huntington and Sam Witwer with the host of Face Off, McKenzie Westmore. 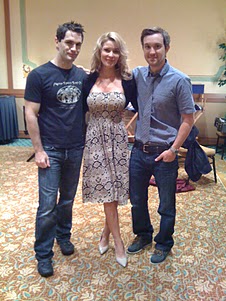 Craig Engler  –  8:30 AM  –  Here’s Amanda Tapping from Sanctuary, Colin Ferguson from Eureka and Emily Rose from Haven. Really fun to see everyone from all the different shows mingling! Syfy is very much like one big giant family. 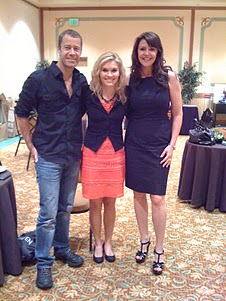 Syfy Craig Engler More news: The Christmas eps of #Eureka, #Warehouse13 and #Haven will air on Tues, Dec. 6, from 8-11pm. 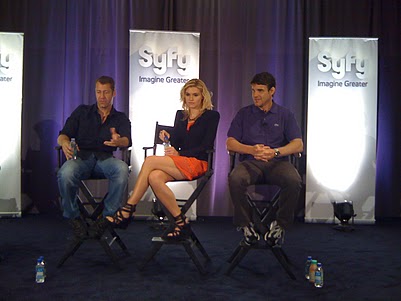 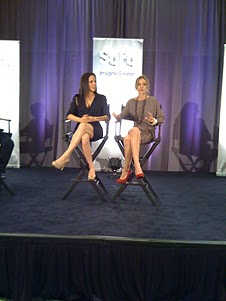 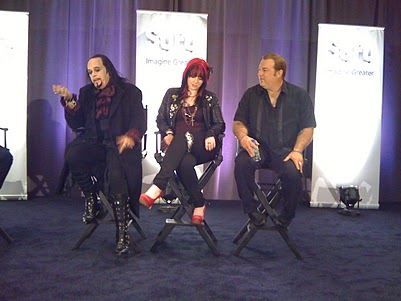 Craig Engler  –  1:28 PM (edited)  –  As part of our final announcement we’ve placed 4 journalists in a totally blacked out room. With a paramedic standing by. Seriously.
They’re asked, while in total darkness, to identify objects in a tank. The first one is a snake! Here’s a pic from our night vision camera.
It’s a live demo of what you’ll see on our upcoming show Total Blackout, which is a crazy crazy show. I’ve never heard people laugh & scream more while watching a show demo like they do when they see this one. 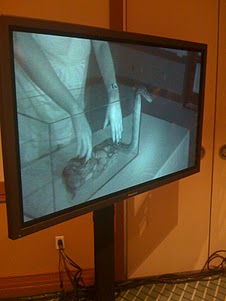 Craig Engler  –  1:42 PM  –  Here’s Colin Ferguson terrifying himself by touching a human foot in total blackness. His quote: “This is actually significantly more terrifying than I imagined.” 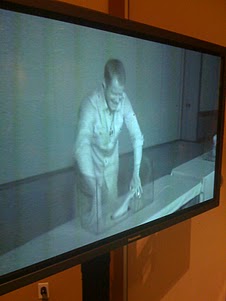 We are SO HOPING that the appearance of Emily Rose means that Haven will be picked up for a third season, but we’re still waiting for that announcement. COME ON, SYFY!!!

Neverland premieres December 4 and 5 at 9/8c on Syfy.

Being Human season 2 premieres Monday, January 16 at 9/8c on Syfy.