Supernatural: Pics from Tonight’s Episode, Plus a Rough Cut from Jared

Tonight’s episode is the one we told you about back in August, featuring Charisma Carpenter and James Marsters, Cordelia and Spike from Buffy the Vampire Slayer and Angel. So nice to see them together again, though we miss Spike’s bleached hair just a little. We have pics: 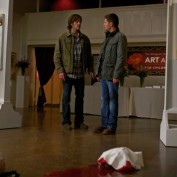 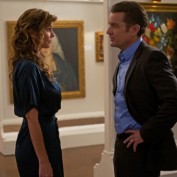 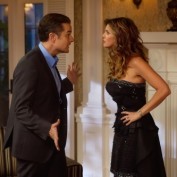 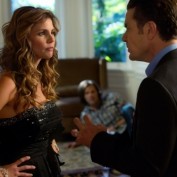 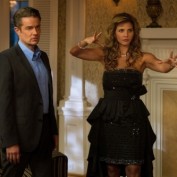 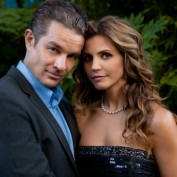 Looks like our two Buffy alums are getting along just about as well as they did in their previous roles. Oh well, good luck!

It’s not from tonight’s episode, but expectant Dad Jared Padalecki did a coolness for us just yesterday and posted a rough cut of a scene from an upcoming episode, and it’s a riot! Here are his tweets (don’t worry about the downloading, we’ve done it for you):

And here it is:

Looking forward to seeing the final cut; it looks pretty good right now. [Author’s note – that apparently WAS a take from “Shut Up Doctor Phil” but it was one they didn’t use. Too bad, it was hilarious! So glad Jared posted it!]

Supernatural airs Friday nights at 9/8c on The CW.