BREAKING NEWS: SUPERNATURAL Changes Nights as The CW Announces Fall Schedule With ARROW and BEAUTY AND THE BEAST

And we have clips! We tip our fedoras to The CW, the network with the highest our-kind-of-primetime-show count, second only to Syfy. Well done, The CW! And though they canceled one of our shows – sorry, The Secret Circle fans – they’ve brought in two more: The Arrow and Beauty and the Beast.

These new shows surround or maybe even caused a shift in scheduling for fall 2012. Supernatural fans especially, take note. The CW would like to take over our TVs on Wednesday, with DC Comics-based we’ve-been-waiting-so-long-for-this Arrow at 8/7c, followed by Supernatural at 9/8c. What a great pairing! And NOT on a Friday, hooray! The CW, you are now granted our TVs on Wednesday nights.

Thursday nights will bring a return of the beloved The Vampire Diaries at 8/7c, paired with newbie Beauty and the Beast at 9/8c. Yes, yes, this also works for us, thank you! The CW still has its spy-fi finger in our Fridaymaggeddon, with Nikita shifting from 8/7c to the new 9/8c, following… America’s Next Top Model. Whatever.

Here are the descriptions for our Wednesday and Thursday night darlings, with pics and clips for the newbies, in order of appearance on the schedule: 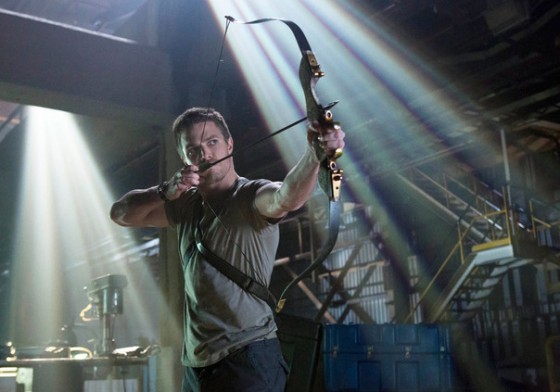 After a violent shipwreck, billionaire playboy Oliver Queen was missing and presumed dead for five years before being discovered alive on a remote island in the Pacific. When he returns home to Starling City, his devoted mother Moira, much-beloved sister Thea, and best friend Tommy welcome him home, but they sense Oliver has been changed by his ordeal on the island. While Oliver hides the truth about the man he’s become, he desperately wants to make amends for the actions he took as the boy he was. Most particularly, he seeks reconciliation with his former girlfriend, Laurel Lance.

As Oliver reconnects with those closest to him, he secretly creates the persona of Arrow – a vigilante – to right the wrongs of his family, fight the ills of society, and restore Starling City to its former glory. By day, Oliver plays the role of a wealthy, carefree and careless philanderer he used to be – flanked by his devoted chauffeur/bodyguard, John Diggle – while carefully concealing the secret identity he turns to under cover of darkness. However, Laurel’s father, Detective Quentin Lance, is determined to arrest the vigilante operating in his city. Meanwhile, Oliver’s own mother, Moira, knows much more about the deadly shipwreck than she has let on – and is more ruthless than he could ever imagine.

The thrilling and terrifying journey of the Winchester brothers continues as SUPERNATURAL enters its eighth season. Sam (Jared Padalecki) and Dean (Jensen Ackles) have spent their lives on the road, battling every kind of supernatural threat. Over the years, after dozens of bloody adventures, they have faced everything from the yellow-eyed demon that killed their mother to vampires, ghosts, shapeshifters, angels and fallen gods. They even came face to face with Lucifer and the Four Horsemen in averting the Apocalypse. With the help of allies – both human and supernatural – they’ve discovered that every threat they vanquish opens a new door for evil to enter in.

In the show’s seventh season, their hunt for the dreaded Leviathans – monstrous creatures escaped from Purgatory – has cost them dearly. Claiming the life of their best friend and father-figure, Bobby Singer, and shattering their protector, the fallen angel Castiel, Sam and Dean’s battle to somehow defeat the age-old Leviathan threat will take everything they’ve got. As dawn arrives after their endless struggle and sacrifice to defeat the world’s evils, they know that, come nightfall, something otherworldly – something supernatural – will claw its way out of the shadows, demanding their attention.

Based on the best-selling book series, THE VAMPIRE DIARIES is the story of two vampire brothers, obsessed with the same gorgeous girl, who are battling to control the fate of an entire town. In season one, Stefan and Damon Salvatore returned to their hometown of Mystic Falls, Virginia, for very different reasons. Stefan was determined to get to know Elena Gilbert, who bears a striking resemblance to Katherine Pierce, the beautiful but ruthless vampire the brothers knew and loved – in 1864.

Damon, on the other hand, was intent on releasing Katherine from the tomb where he believed she was trapped by a witch’s spell all those years ago. In the explosive season finale, Elena’s uncle set a plan in motion that saw the return of the vengeful Katherine Pierce. In season two, Katherine’s appearance and her precise manipulation threw a wrench into the love triangle between Stefan, Elena and Damon. Stefan and Damon later faced their greatest challenge yet – the arrivals of Elijah and Klaus, two of the powerful “original” vampires. Season three revealed the history of Klaus and The Original Family, as well as the surprising friendship Klaus and his sister Rebekah shared with Stefan decades earlier – until Klaus compelled Stefan to forget they’d ever met. In the present day, Klaus’ return led to Stefan’s descent back to his violent “Ripper” ways. Elena and Damon worked together to bring Stefan back from the edge, even as they struggled with the guilt of their growing bond.

Meanwhile, Klaus found himself irresistibly drawn to Caroline Forbes, forcing Caroline’s boyfriend, Tyler Lockwood, to break his sire bond to Klaus and claim Caroline as his own. Finally, the life of Alaric Saltzman, Elena and Jeremy’s trusted teacher and guardian, took a terrifying turn when Klaus’ mother, Esther, used witchcraft and Bonnie’s unwilling help to turn Alaric into a powerful vampire who hunts down and destroys other vampires – the ultimate vampire hunter. Season Four begins with the knowledge that everything is changing. As Elena and her friends enter into the final stretch of high school before graduation sends them off on different paths, their bond to their home town of Mystic Falls takes on a deeper meaning when a new villain seems intent on destroying it. 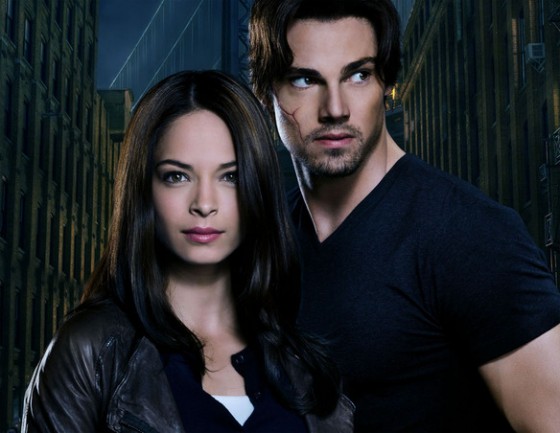 Clip: Beauty and the Beast – Attack

Detective Catherine Chandler is a smart, no-nonsense homicide detective. Several years earlier, Catherine witnessed the murder of her mother at the hands of two gunmen. Catherine would have been killed too, but someone – or something – saved her. No one has ever believed her, but she knows it wasn’t an animal that attacked the assassins…it was human.

Years have passed, and Catherine is a strong, confident, capable police officer, working alongside her equally talented partner, Tess. While investigating a murder, Catherine discovers a clue that leads her to a handsome doctor named Vincent Keller, who was reportedly killed by enemy fire while serving in Afghanistan in 2002. Catherine learns that Vincent is actually still alive and that it was he who saved her many years before. For mysterious reasons that have forced him to live outside of traditional society, Vincent has been in hiding for the past 10 years to guard his secret – when he is enraged, he becomes a terrifying beast, unable to control his super-strength and heightened senses. Catherine agrees to protect his identity in return for any insight he may have into her mother’s murder. Thus begins a complex relationship between Catherine and Vincent, who are powerfully drawn to each other yet understand that their connection is extremely dangerous for both of them.

Supernatural, starring Jensen Ackles and Jared Padalecki, will air Wednesdays at 9/8c in the fall on The CW.

The Vampire Diaries, starring Nina Dobrev, Ian Sommerhalder, and Paul Wesley, will air Thursdays at 8/7c in the fall on The CW.