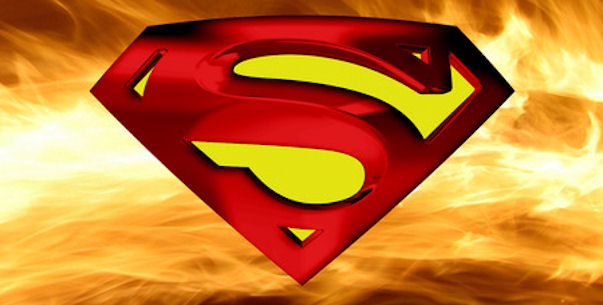 Just last week, we brought you two reports about some lovely ladies vying for roles in Zack Snyder‘s forthcoming Superman reboot. The first pertained to the supposed frontrunners for the role of Lois Lane, which included Jessica Biel, Olivia Wilde and Rachel McAdams, with Dianna Agron, Malin Akerman and Kristen Stewart also being considered for the role.

The second report was about casting for an as-yet undisclosed leading lady role (not Lois Lane), opposite Henry Cavill‘s Man of Steel. The list of contenders for that role had reportedly been narrowed down to Alice Eve (She’s Out of My League, The Raven), Diane Kruger (Inglourious Basterds, Unknown) and Rosamund Pike (Johnny English Reborn, Die Another Day).

Now, for a little housekeeping… Diane Kruger recently spoke with MTV during a press day for Unknown, her upcoming thriller with Liam Neeson, and had this to say about being in contention for a female lead role in the Superman reboot:

“They’re all false rumors, I don’t know who launched them but it’s not true.”

Back in October of last year, THR reported that the script for the Zack Snyder Superman reboot, written by David S. Goyer and Jonathan Nolan was rumored to have, like “Superman Returns,” a Richard Donner Superman connection. In this case, it was reportedly a villain connection: General Zod. Shortly after that report went live, BadTaste.it spoke with the director, and when asked if Zod would in-fact be the villain or if that was just a rumor –

Now, a “most trusted reliable source” of LatinoReview tells them that the three aforementioned actresses up for the non-Lois Lane part in the film, are actually vying for the part of a Kryptonian villainess who is going by the name of Ursa.

Ursa is a co-conspirator and accomplice of General Zod. She first

appeared in Richard Donner‘s 1978 film Superman: The Movie, where she was portrayed by actress Sarah Douglas (who reprised the role in the sequel, 1980’s Superman II).

I think it’s safe to assume that if in-fact Ursa will be appearing as a villain in Snyder’s reboot, that the director’s previous (sort of) denial about Zod, calling it only a “rumor” was simple misdirection. While I suppose it’s possible (though not plausible) to have Ursa without Zod, I don’t think they’re planning on rewriting the Kryptonian bible to that extent with this reboot.

What do you think? Let us know in the comments!