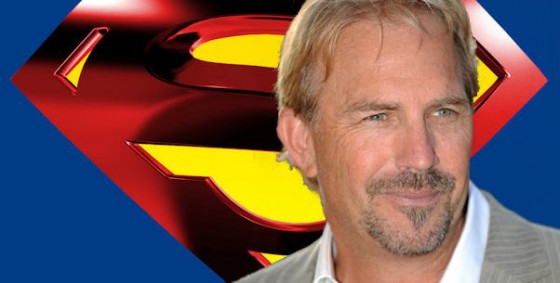 First we heard rumors Jessica Biel, Rachel McAdams, Olivia Wilde, Dianna Agron, Malin Akerman and Kristen Stewart we all rumored contenders for the role of Lois Lane, and then we heard that Alice Eve, Diane Kruger, Rosamund Pike and Lindsay Lohan (Machete) were rumored to be in the running for an as-yet undisclosed (not Lois Lane) leading lady role.

Now, Deadline reports that Kevin Costner (The Company Men, A Little War of Our Own) is being eyed for an undisclosed, key role in director Zack Snyder‘s forthcoming Superman reboot. While his role in the film has yet to be officially confirmed, the good folks over at LatinoReview have heard from “well-placed sources” that Costner will be portraying Jonathan Kent, adoptive Father of Clark Kent/Superman. The character was played by Glenn Ford in director Richard Donner‘s 1978 film, Superman: The Movie, and most recently by John Schneider in The CW television series, Smallville.