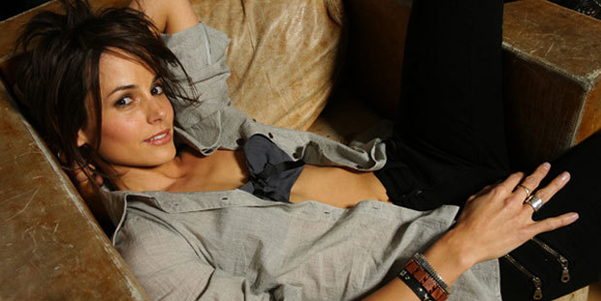 Back at the end of July, we told you that Kevin Bacon had been cast to play the villain in the Universal Pictures adaptation of the Peter M. Lenkov graphic novel, R.I.P.D., published by Dark Horse Comics. The casting news keeps rolling in as a beautiful addition comes to the cast.

Variety reports that Stephanie Szostak (Gimme Shelter) has been cast as the female lead in R.I.P.D. opposite Ryan Reynolds. Szostak joins Bacon and Jeff Bridges on the cast. Robert Schwentke (Red) will direct the project with a script by Phil Hay and Matt Manfredi.

The story of R.I.P.D. follows a cop killed in the line of duty who is recruited by a team of undead police officers working for the Rest in Peace Department. He [Reynolds] then tries to find the man who murdered him.