STAR WARS: THE CLONE WARS – The Secrets of Darth Maul Revealed On The Big Screen 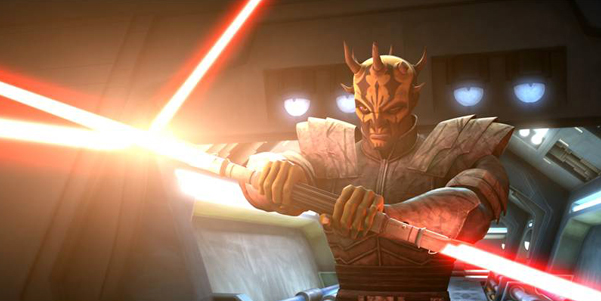 Lucasfilm Ltd. and Cartoon Network are treating fans to a special theatrical screening of an all-new Star Wars: The Clone Wars villain, Savage Opress, and reveal the Sith secrets behind Darth Maul! Only select cities will have the opportunity to see this screening. Check out the details in the press release below!

For the first time ever, Sith training will be explored – and with it, truths about the very nature of the dark side itself!

A warrior forged by a dark sorcery as mystical and powerful as the Force, Opress will uncover shocking revelations about the galaxy’s tenuous balance of power, including secrets about one of the Sith’s most infamous villains — Episode I’s Darth Maul! From his origins to his fate, Maul’s mysteries will at long last be uncovered…

For a list of cities where these screenings will occur, and to RSVP, go to www.starwars.com/darthmaulsecrets

These screenings are FREE, but we ask that all attendees bring a new/unwrapped toy to benefit children in need this holiday season – and in the spirit of giving, Hasbro has generously agreed to match every donation with a Star Wars toy.

Cities where screenings are being held are:

If your city’s screening is full, keep checking back to see if more passes have been added!

Take a sneak peek at the Savage Opress screening here!