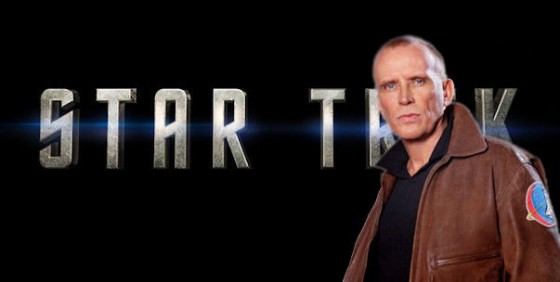 Just last month, we brought you the news about director J.J. Abrams (Super 8) being set to offer a mysterious villain role in the as yet Untitled Star Trek Sequel to actor Benicio Del Toro (Savages). It was reported that the actor had already met with Abrams, but in an effort to keep the role a secret, even he still didn’t know exactly what the role was.

Now, NY Mag reports that negotiations with Del Toro haven fallen apart and the actor will not be joining the cast of the forthcoming sequel. On the good news front, Variety reports that Peter Weller (RoboCop, Fringe, Dexter) has joined the cast of director J.J. Abrams hotly anticipated Star Trek sequel. Weller’s role is being kept secret right now, but it’s said that his character, much like the recently cast Alice Eve‘s character, is new to Trek canon.