Spider-Man: Has Emma Stone Scored the Role of Mary Jane? 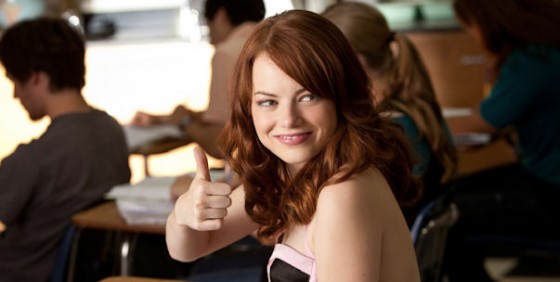 Earlier today we told you that Emma Stone (Easy A, Zombieland) was in contention for one of two female lead roles in director Marc Webb‘s upcoming Untitled Spider-Man Reboot. This was reported alongside an unconfirmed rumor that Sony wants to bring Venom back as Spidey’s villain, and that they are in discussions with Philip Seymour Hoffman (Farragut North, Moneyball) for the role.

Now, Deadline is reporting that Sony Pictures Entertainment has offered the role of Mary Jane Watson to the lovely Emma Stone, and an official announcement will be made early this week. This will leave the role of Gwen Stacy still up for grabs, and the remaining contenders – Dianna Agron, Mia Wasikowska, Georgina Haig, and Dominique McElligott still up for consideration.