SPIDER-MAN: Could These Ladies Be Our New Mary Jane and Gwen Stacy? 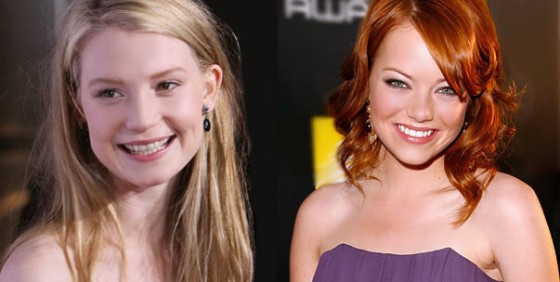 Marc Webb‘s forthcoming Untitled Spider-Man Reboot has a seemingly unstoppable, constantly spinning rumor mill. I think I can safely say that most journalists online were just as happy as the fans when Andrew Garfield (The Social Network) was cast in the role of Peter Parker/Spider-Man, even if you weren’t on board with the casting decision itself, you were ecstatic that the rumors about who would be Spidey had finally ground to a halt.

That brings us to the other relentlessly spinning rumor mill of not only which actress would be the leading lady in the film, but which character would it be… Mary Jane Watson or Gwen Stacy? Though it was previously stated that the Mary Jane character may not be in the film, EW‘s sources say that the film “will feature both of Spidey’s most prominent love interests, the red-headed Mary Jane Watson, played in the last three movies by Kirsten Dunst, and blonde Gwen Stacy, which Bryce Dallas Howard played in Spider-Man 3″. 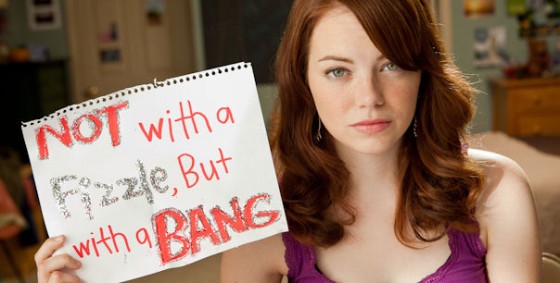 In addition, they report that Emma Stone (Easy A, Zombieland) recently read with Andrew Garfield and that Sony Pictures flew Mia Wasikowska (Alice in Wonderland) in from New York to meet with Webb and Garfield. Actresses Lily Collins and Teresa Palmer reportedly round out Sony’s short list. The studio has made no comment and an official casting announcement is expected in the near future.

The as yet Untitled Spider-Man Reboot is slated to hit theaters on July 3rd, 2012.