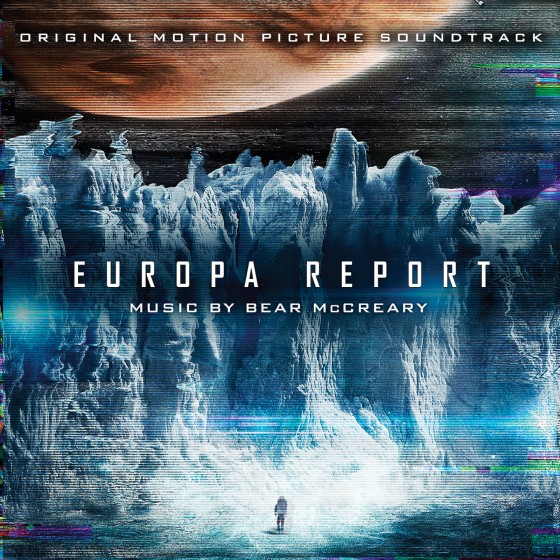 About the Composer:
Bear McCreary‘s unique combination of atypical instrumental background (he is a professional accordionist) with rigorous classical training prepared him to compose for disparate genres.  By the age of 24, McCreary was launched into pop culture history with his groundbreaking score to Syfy’s hit series Battlestar Galactica, for which he composed “the most innovative music on TV today” (Variety). It “fits the action so perfectly, it’s almost devastating: a sci-fi score like no other” (NPR).  Io9.com declared Bear McCreary one of the Ten Best Science Fiction Composers of all time, listing him alongside legends John Williams, Jerry Goldsmith and Bernard Herrmann.

McCreary, who recently earned his second Emmy nomination for Da Vinci’s Demons, continues to write for the television show The Walking Dead.  Recently he lent his talents to Syfy and Trion World’s groundbreaking entertainment experience, Defiance, a combined launch of a MMO videogame. His upcoming projects include Marvel’s Agents of S.H.I.E.L.D. for ABC, Black Sails for STARZ and the film Knights of Badassdom.  His other credits include critically acclaimed scores for series such as Terminator: The Sarah Connor Chronicles, Eureka and The Cape. His swashbuckling score for Human Target featured the largest orchestra ever assembled in the history of series television and earned him his first Emmy nomination.  His videogame credits include SOCOM 4and Dark Void.

About the Movie:
Europa Report follows a contemporary mission to Jupiter’s moon Europa to investigate the possible existence of alien life within our solar system. When unmanned probes suggest that a hidden ocean could exist underneath Europa’s icy surface and may contain single-celled life, Europa Ventures, a privately funded space exploration company, sends six of the best astronauts from around the world to confirm the data and explore the revolutionary discoveries that may lie in the Europan ocean. After a near-catastrophic technical failure that leads to loss of communication with Earth and more, the astronauts must overcome the psychological and physical toll of deep space travel, and survive a discovery on Europa more profound than they had ever imagined.

About the Soundtrack:
“Early on, I was very tempted to really play with the found footage element and have very little music – to actually play with a lot of silences or sounds of the spaceship,” said director Sebastián Cordero.  “However, the minute we started editing the film together, we realized there was a huge risk of losing the human side of the story if we didn’t enhance it with music.”

Finding the emotion of the storyline was key for McCreary.  “Sebastián and I knowingly took a bit of a risk,” said McCreary.  “There are moments in this score where we are telling a cinematic story.  When the celli come in with that main theme, to me it sounds luscious and cinematic.  It’s a real melody.  But I think the film earns it, and the counter balance to that are those heavy synthesizer and the dissonant atonal elements. I think it means that when those melodic moments come in, they are more powerful and more subtle at the same time.”

That should have been enough right there. At Comic-Con 2013, Bear McCreary called this melody his favorite of all he’s written to date, and I think it’s mine as well. Other melodies he’s written for other productions, like Battlestar Galactica and Da Vinci’s Demons, evoke memories of those productions for me, so that it’s difficult to evaluate them separately from my love of the shows. I’ve not yet seen Europa Report, so I am free from those connections and can truly say that this melody stands above all other McCreary themes as simply the most beautiful.

Happily, the melody winds its way throughout this soundtrack, though it never dominates or overwhelms it, and other melodies and moods take their turns. Without having seen the movie, the various tracks evoke feelings of anticipation, vastness, wonder, tension, beauty of course, but also creepiness, action, threat, and even quiet terror. It’s a wonderful listen, and as always with soundtracks I recommend ear buds or a great sound system, because the dynamics range is so great that you’ll miss the very quiet bits as well as some of the more subtle aspects of the tracks without those aids.

If you’re familiar with McCreary’s most recent work, you’ll pick up hints of Defiance and Da Vinci’s Demons, but this is no variation on those; he does not rest or simply build upon past accomplishments. It is new and fresh, and a gratifying audio experience.

This soundtrack also accomplishes something that not all can do; it has confirmed that I want to see this movie. Happily, Europa Report is currently available On Demand, and will be released on Blu-ray in October. Many’s the time I’ve enjoyed a soundtrack and thought that I’d like to check out the movie at some point, but I often don’t get to it for months if ever. When I consider how this particular soundtrack will work with a found-footage movie of the caliber I understand Europa Report to be, I really can’t wait to see the movie.

If you have seen the movie, though, you may be interested in this from the really great analysis included in the booklet that accompanies the CD:

This album represents the music from EUROPA REPORT configured for the best listening experience on its own, apart from the movie. “I put them together in a way that best follows the arc of the film but at the same time I took some liberties with the track order because I wanted to create a listening experience that had a good balance between the dissonant, atonal elements and the more melodic elements,” explained McCreary. “I tried to create what I feel is the audio companion piece to the film, if not the literal order in which the cues appeared in the film.”

He did a beautiful job at creating that balanced experience, and one of the ways is by having each track be a complete piece. We are not given snippets of music. Of the 14 tracks, only four are under three minutes long, and four are over five minutes long. They each can stand alone, so that you could shuffle them – maybe with other McCreary sountracks! – and never get that just-stepped-off-the-moving-sidewalk feel of tracks that are meant to be part of a continuous play. They each have development and variety, and although I have favorites – track 6, which you heard in the video, and track 7, “Cosmically Astounding”, which is different in every way – every single one is a worthwhile and wonderful listen. There are no throwaway tracks here.

If you’re already a Bear McCreary fan, I don’t need to tell you how great this is; you can presume, correctly, that it is. But if you’re new to his work, or maybe have never realized that you’ve been hearing it elevate many of your favorite productions, particularly sci-fi productions, I absolutely recommend that you check this one out.

I give Europa Report (Original Motion Picture Soundtrack) Five Out of Five Stars.