When I spoke recently with Denis O’Hare (American Horror Story, True Blood) about his work in the horror genre, he gave an absolutely beautiful response, so I asked a similar question of the Neverland folk.

SciFi Mafia: Hi. Thanks everyone for being on the call. I cannot tell you how much I love this program.

SciFi Mafia: Nick, I love Tin Man and Alice and watch them every time they’re on but wow. Neverland is an absolute treasure, so thanks to all of you for your part in this project. I’d like to find out actually from each one of you what’s your most favorite and least favorite thing about working in the fantasy genre?

Anna Friel: The most exciting was having a real ship to work on. I loved the aspects of it. Go on.

Charlie Rowe: And I think my favorite aspect of it is the fact that you can just create magical things and mesmerizing and unforgettable creatures and worlds and just beautiful, beautiful things. But I suppose my least favorite is just the color green.

Anna Friel: And the fact that we started off in a real environment, on a real ship. We were able to suspend all disbelief much more easily when we came to work and on so much green screen and also Nick really cleverly gave us fantastic visuals of what we would be seeing and what we’d be looking. So it was kind of like being a child in the most fantastic dress up box you could ever imagine or wish to have and it was all about play – what we do. 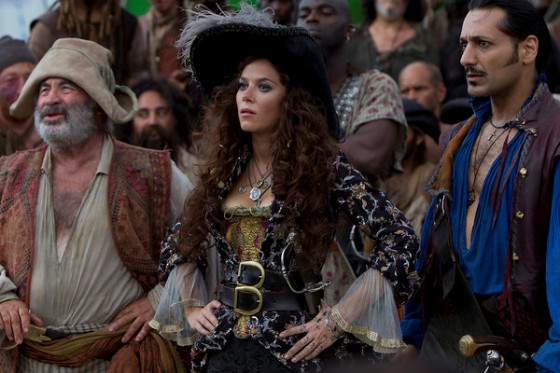 Rhys Ifans: For me too. It was just the – just the whole transporting feeling that making the film. We shot it in Ireland so we felt kind of far away from everything. We felt pleasantly isolated and left alone so we were able to indulge and invent this just absolutely, you know, this visual banquet that Nick’s created. And really indulge that and play in it.

And the thought and just knowing that no one’s going to have to leave the comfort of their own home to be transported to such a magical place and I think that’s what the novel does.

When you read the novel, it very much happens in a household and a bedroom and living room. That’s the kind of emotional HQ. And I think that’s what – just to go back to what Nick said before about television. Also doing it with television, it offers you more time to explore.

I don’t think if we’d have shot this – if this was a 90 minute movie feature, we wouldn’t have been able to explore half the psychological dynamics that Nick has been able to in, you know, in a TV three hour epic.

You know, so it was just a thrill just from beginning to end. 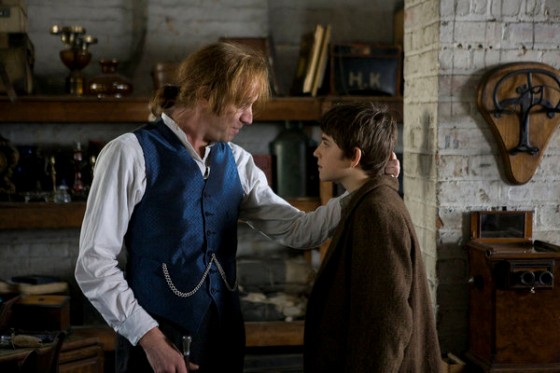 Nick Willing: Yeah. Yeah. I mean I have particularly enjoyed working on this film. I had more fun than I’ve ever had working on a movie.

But I think the thing that I love about doing – I’ve done a few fantasy films and the honest answer to what it is that I love most about the nature of fantasy movies is imagining worlds. Imagining new worlds – the wonder of it’s that you could walk into some of these extraordinary places. That’s what kind of keeps me going is sort of – the thing I hate most on the other hand is how expensive that is and how difficult it is to achieve often and how sometimes it has to be done on a green screen and so on but the end result, if it works out, is what fills us with the most pleasure.

And you can’t do that with any other medium. Fantasy is the only thing which allows you to invent and create and imagine worlds that are not there fully. 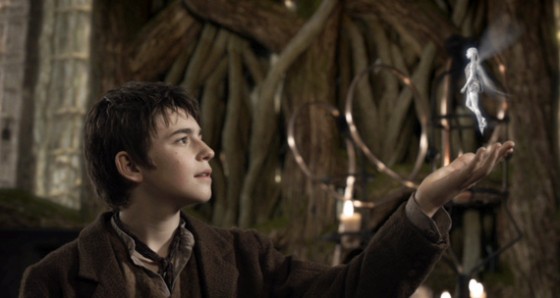 That love of fantasy clearly translates to the finished product, so make sure to watch part one of Neverland on Sunday, December 4 at 9/8c & part two on Monday, December 5 at 9/8c on Syfy.