Saving the Best for the End of the Week: John Noble Joining SLEEPY HOLLOW

I don’t see how news gets much better than this. John Noble, who played the beloved Walter in Fringe, as well as countless excellent portrayals of a wide range of characters over the years, not the least of which was the mad Denethor in the Lord of the Rings films, has been cast in a recurring role in my favorite new series of the season, Roberto Orci‘s and Alex Kurtzman‘s Sleepy Hollow.

Veteran actor John Noble, famous for his acclaimed tenure as eccentric scientist “Walter Bishop” on the FOX cult-classic “Fringe,” will appear in a recurring guest-starring role on the new hit drama SLEEPY HOLLOW. Noble will appear later in the season as HENRY PARRISH, a kind and reclusive man who possesses supernatural powers that have the potential to help the series’ protagonist, Ichabod Crane (Tom Mison). 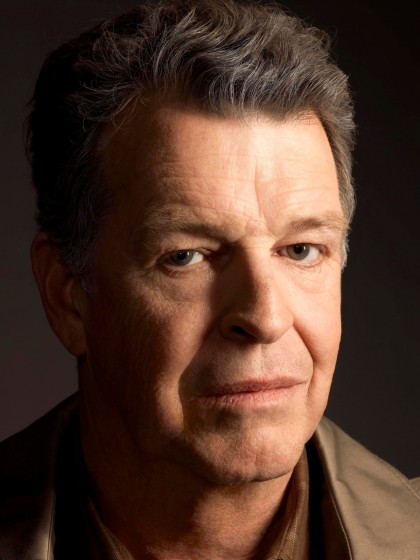 The role marks a return to FOX for Noble, as well as a creative reunion with SLEEPY HOLLOW executive producers Alex Kurtzman, Roberto Orci and Heather Kadin, all of whom collaborated with the versatile actor on FRINGE.

On the next episode of SLEEPY HOLLOW, airing Monday, Sept. 23 (9:00-10:00 PM ET/PT) on FOX, Ichabod Crane (Mison) and Lt. Abbie Mills (Nicole Beharie) move forward in their mission to unravel the mysteries lurking in Sleepy Hollow. A frightful vision from Ichabod’s former wife, Katrina (Katia Winter), sends the unlikely duo on the hunt for a vengeful witch from the 1700s, who has been awoken by unknown evils and is on a path of destruction in the quaint town.

For his role on FRINGE, Noble was nominated in 2012 for a Critics’ Choice Television Award for Best Supporting Actor in a Drama Series, and won the category in 2011. Best known worldwide for his portrayal of “Denethor” in “The Lord of the Rings: The Two Towers” and “The Lord of the Rings: The Return of the King,” Noble began his career on the Australian stage, where he was a leader in the country’s cultural expansion of the 1970s and 1980s. As artistic director of the Stage Company of South Australia for 10 years, he produced and directed more than 70 new plays, spent time in London directing “Sons of Cain” in the West End and produced “Percy and Rose” for the Adelaide Festival of Arts. His film credits include “One Night with the King,” opposite Peter O’Toole and Omar Sharif; “The Last Airbender”; and “Risen.”