Rumor Has It! Dylan Sprayberry and Jadin Gould Cast as Teen Clark and Lana In MAN OF STEEL 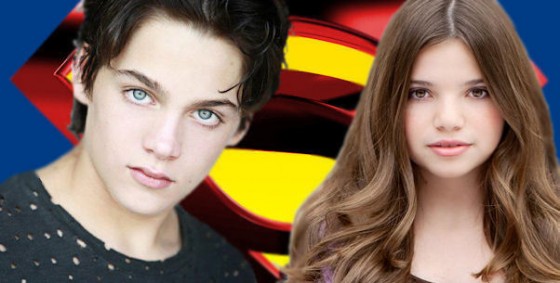 Two weeks ago we brought you the news when Richard Schiff (The West Wing, The Cape, Burn Notice) joined the cast of Man of Steel, director Zack Snyder‘s forthcoming Superman reboot for Warner Bros. Pictures and Legendary Pictures.

Now, the unofficial Man of Steel Facebook page has brought us a casting rumor for the film, and while unconfirmed by the studio it seems more than plausible to us. They report that Dylan Sprayberry (Shuffle) and Jadin Gould (Battle Los Angeles, Chuck) have been cast in the film as Clark Kent at 13 and 13 year-old Lana Lang respectively.

The page states, “To further add credence to the rumors, both young people were present in the Chicago area, the same dates of approximately Sept 2 to Sept 7, during which certain scenes were shot.”