Rumor Has It! Dominique McElligott Has Already Joined The Cast Of Spider-Man, as Gwen Stacy 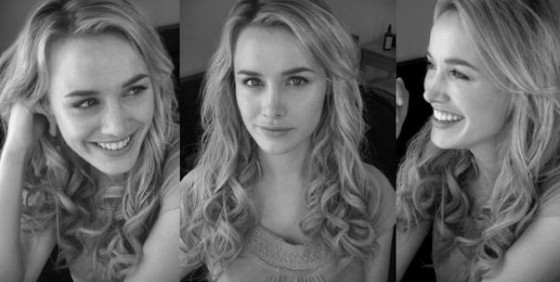 Now, we have received an anonymous tip from an “insider” who says –

“Despite all the rumours to the contrary, the role of Gwen Stacey – Peter Parker/Spiderman’s love interest in Spiderman 4 will not be played by Emma Roberts. Andrew Garfield will be locking lips with the lovely and talented Irish actress Dominique McElligott. Dominique received word on Friday that she landed the role and was thrilled to hear the news. Can’t think of a better choice as she is not only beautiful and charming but a phenomenal actress and definitely one to watch in the coming years.”

Because the “insider” did not identify him or herself, or how they knew this information, and the fact that they called this Spiderman 4 (when it’s a reboot, not a sequel) and they also misspelled Gwen Stacy, we’re going to file this in the Rumor bin for now.

Also, their spelling of “Spider-Man” as one word without the hyphen made me laugh because I thought of a quote of Chandler’s from the hit TV show “Friends”…

It’s not his last name, it’s not like Phil Spiderman… he’s a “Spider”-“Man”