Rumor Has It! Bradley Cooper Has a Super Secret Role In MAN OF STEEL [Updated] 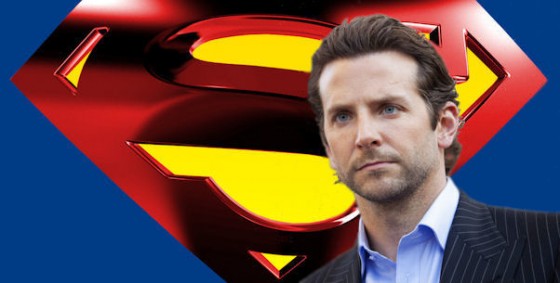 Considering that one of the last casting rumors about director Zack Snyder‘s forthcoming Warner Bros. and Legendary Pictures reboot of Superman, Man of Steel was the possibility of Lindsay Lohan joining the cast, this new rumor is something that you are more likely to support.

CBN recently received a tip via a trusted source at the studio stating that Bradley Cooper (The Words, Paradise Lost) will appear in a cameo as the villainous Lex Luthor in Man of Steel. In early drafts of the script, Lex Luthor reportedly had a substantial role in the story, and according to their source, Luthor has been added back into the script and the cameo in Man of Steel is setting up Lex to be the major villain in the sequel.

According to trusted journalist Kurt Orzeck, the rumors of Bradley Cooper being cast as Lex Luthor are false.