RIDDICK: Bokeem Woodbine and Katee Sackhoff Could Be Heading to Furya 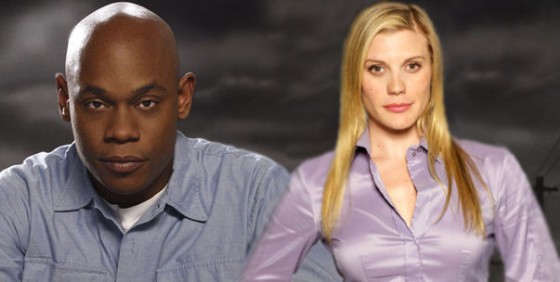 Back in September, we brought you the news about Karl Urban (Dredd, Star Trek), who portrayed Vaako, the villainous Necromonger Commander in 2004′s  The Chronicles of Riddick returning with Vin Diesel for the third installment of David Twohy‘s franchise.

Now, B-D reports that Bokeem Woodbine (Total Recall) and the always lovely and super-cool Katee Sackhoff (Longmire, Growl) have been offered roles in the forthcoming Riddick sequel. While no information was available on Woodbine’s role, its said that Sackhoff would portray “Dahl”, a Nordic merc tracking Riddick.

In addition to Woodbine and Sackhoff, the site reports that Andreas Apergis (Durham County) and WWE wrestler Dave Bautista (The Scorpion King 3: Battle for Redemption) have also been offered roles in the film.