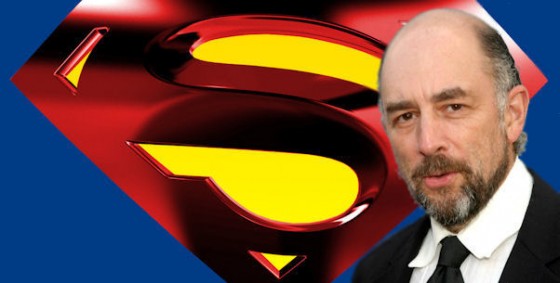 Now, in legitimate Man of Steel casting news, Variety reports that Richard Schiff (The West Wing, The Cape, Burn Notice) has joined the cast as Dr. Hamilton. For the uninitiated to DC Comics lore, Emil Hamilton who is either referred to as Doctor or Professor Hamilton, who is usually a scientist at S.T.A.R. Labs, and has been both Superman’s ally and a villain.

On television, Hamilton has been portrayed by John Pleshette on Lois and Clark: The New Adventures of Superman, by Alessandro Juliani on Smallville, voiced by Victor Brandt on Superman: The Animated Series and Robert Foxworth on Justice League Unlimited. The character has so far not appeared in any big-screen versions of Superman.